Sara Ali Khan approached to step into her mother Amrita...

Sara Ali Khan approached to step into her mother Amrita Singh’s shoes in the remake of her film ‘Chameli Ki Shaadi’?

Sara Ali Khan, who is currently busy in the promotion spree of Love Aaj Kal, reportedly approached to step into her mother Amrita Singh’s shoes in the remake of her film ‘Chameli Ki Shaadi’. Chameli Ki Shaadi, the film was directed by Basu Chatterjee and revolved around the love story between an amateur wrestler and the daughter of a coal depot owner. It was released in the year 1986.

Sara Ali Khan, with just two films to her credit, has bagged the status of the next superstar, all thanks to her sharp acting skills and royal looks. 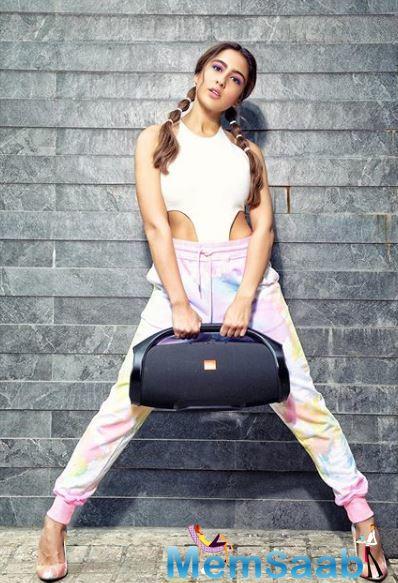 In This Image: Sara Ali Khan
The 24-year-old actress is gearing up for her third film titled Love Aaj Kal opposite Kartik Aaryan. As the film awaits its release, the young starlet is on a film signing spree. Sara will be starring with Dhanush and Akshay Kumar in Aanand L Rai’s Atrangi Re, but apart from this, reports suggest that she has been offered yet another plum project.

As per a report in an entertainment magazine, Sara has been approached for the remake of her actress mother Amrita’s Chameli Ki Shaadi also starring Anil Kapoor. 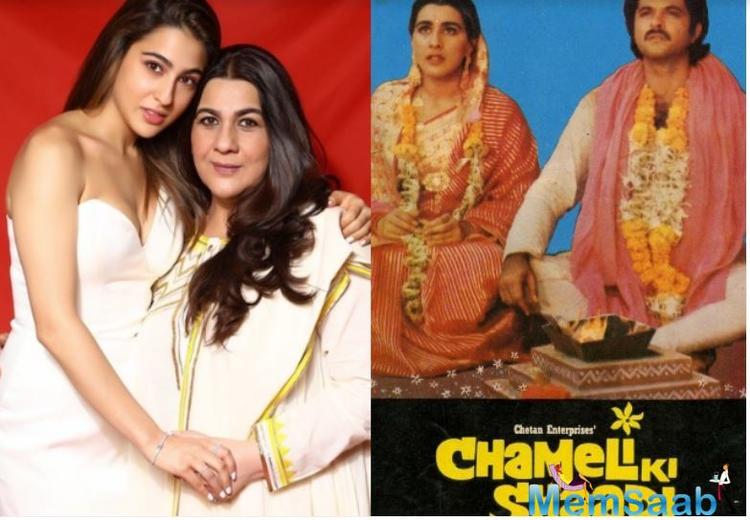 In This Image: Sara Ali Khan, Amrita Singh, Anil Kapoor
However, sources close to the development informed that Sara is skeptical about doing justice to the role and is yet to give a positive nod. Well, it now remains interesting to see whether Amrita’s darling daughter decides to reprise her role in the remake.Workwise, Sara, apart from Love Aaj Kal which is directed by Imtiaz Ali and scheduled to release on February 14 this year, will be seen with Varun Dhawan in Coolie No. 1 remake directed by David Dhawan. The rom-com will release on May 1, 2020.