Sara Ali Khan and Janhvi Kapoor battle it out to...

With a cloud hanging over ‘Kedarnath’, Saif Ali Khan and Amrita Singh’s daughter, Sara Ali Khan, has thrown her hat in the ring for the Rohit Shetty directed film ‘Simmba’, starring Ranveer Singh.

As per the report, Sara wants to work in a film that will release this year. 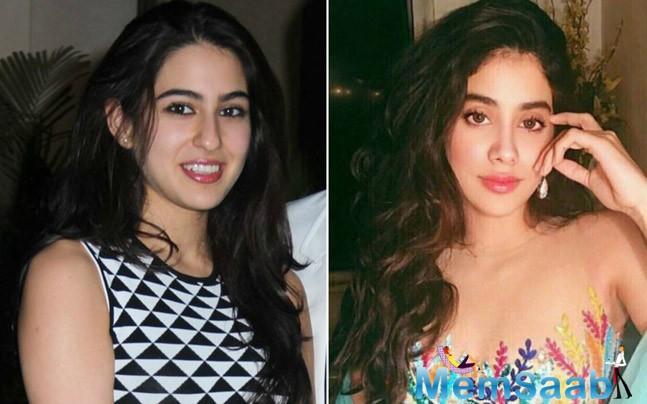 In This Image: Janhvi Kapoor, Sara Ali Khan
‘Simmba’ will release around the time that ‘Kedarnath’ was originally scheduled to be. “Rohit Shetty’s film will mount the floors soon after ‘Gully Boy’ and will release this year.

Now, both Sara and Janhvi will try their best to bag a role for ‘Simmba’.

In This Image: Janhvi Kapoor, Sara Ali Khan, Ranveer Singh
Janhvi was always an option for the makers. What will be interesting is if Sara bags the role. Then both these actresses shall then vie for the best newcomer award next year,” says an insider.