Sanya Malhotra reveals she didn’t like her performance in THESE...

by Naved Qureshi 1 year ago1 year ago
4views
0

Sanya Malhotra delivered a stunning performance in ‘Badhaai Ho’ but the actress recently revealed that she was extremely critical about her act in front of the camera. 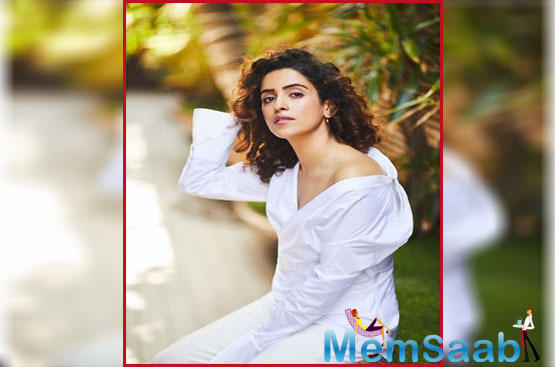 In This Image: Sanya Malhotra
While the film went on to win a lot of accolades, in an interaction with a daily Sanya stated that she didn’t like her work in films like ‘Dangal’, ‘Badhaai Ho’ and ‘Photograph’. The actress went on to add that she is very harsh to herself and criticises her own performances.

Having worked with filmmakers like Nitesh Tiwari and Vishal Bhardwaj, Sanya further stated that she wants to work with almost every filmmaker and that she hasn’t decided on the kind of characters or films she wants to do. 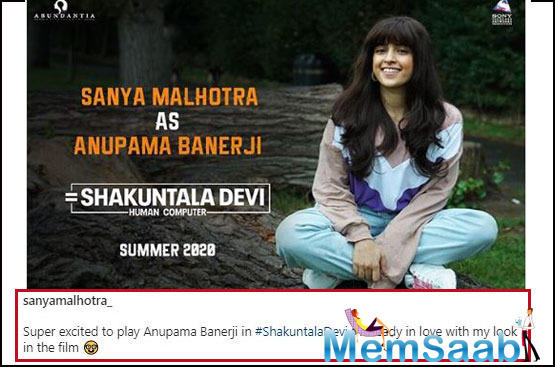 In This Image: Sanya Malhotra
Sanya will soon be seen in Shakuntala Devi biopic, wherein she will play Vidya Balan’s daughter. The actress had shared her first look from the film on Instagram, wherein she was snapped sporting bangs. Directed by Anuj Menon, the film is scheduled to hit the screens in Summer 2020. Apart from this biopic, Sanya will also be seen in Anurag Basu’s multi-starrer wherein she is reportedly paired opposite Aditya Roy Kapur.