Sanjay Dutt disarms you with his charm and normalcy: Arjun...

Sanjay Dutt disarms you with his charm and normalcy: Arjun Kapoor on working with the actor in ‘Panipat’

Ever since Ashutosh Gowarikar’s upcoming historical drama Panipat was announced, the fans of the genre and the director were sent into a zone of excitement. With a stellar cast of Arjun Kapoor, Kriti Sanon and Sanjay Dutt in the lead roles, the film based on a real-life battle, Panipat has accounted to be one of the highly anticipated films this year.

Now, as the film is inching closer to its release, the cast is busy promoting the same. During an interview with a leading daily for Panipat, Arjun, who is placed opposite Sanjay in the film, told about his experience working with the latter. 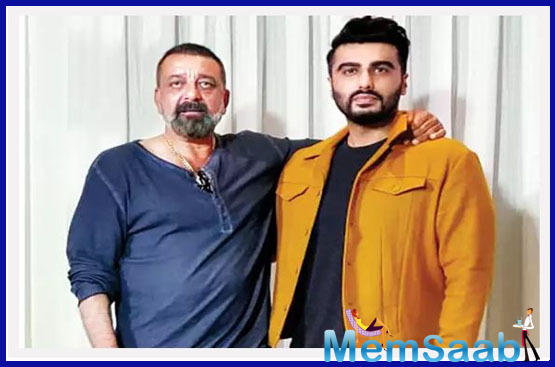 In This Image: Sanjay Dutt, Arjun Kapoor
The 2 States actor, gushing about Sanjay, said his charm and normalcy has the power to disarm any person. Adding further he revealed that Sanjay is a man and a child at the same time. Arjun went on to say, considering both of them lost their mothers before their debut film, it connected them. Revealing that while watching Sanju, he cried, Arjun got an assurance that he isn’t the only person in the world to have undergone a tragic phase.

“Yes, the thought of facing Sanjay Dutt in the film was intimidating. I was nervous and excited. Sanju sir disarms you with his charm and normalcy. 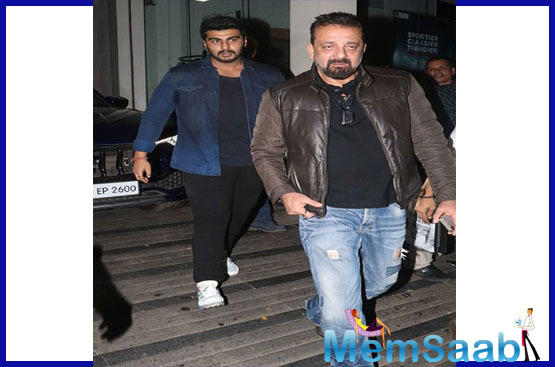 In This Image: Sanjay Dutt, Arjun Kapoor
He has a larger-than-life personality, but he is a chilled-out guy. He is a man and a child at the same time. We spoke about so many things during the shoot. He called me home once to have a meal and told me he was happy that I was doing action films. Both Sanju sir and I lost our mothers before the release of our first film. Tragedy connects you in a unique way. We never spoke about it, but I have seen his biopic, Sanju, and I cried while watching it. When Kar Har Maidaan Fateh was playing, I realised that I am not the only one in this world who has had to deal with things. There is someone who has gone through worse,” Arjun told.

Directed by Ashutosh, Panipat is produced by Sunita Gowariker under their home banner AGPPL in association with Rohit Shelatkar’s company – Vision World. 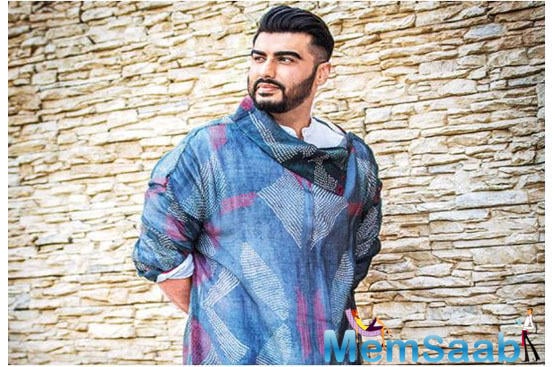 In This Image: Arjun Kapoor
The film stars Arjun as Sadashiv Rao while Kriti is his wife Parvatibai. Sanjay is the menacing Ahmad Shah Abdali. Apart from them, it features Padmini Kolhapure, Mohnish Bahl and Zeenat Aman in special roles. Panipat is scheduled to release on December 6, 2019.