Bollywood superstar Salman Khan’s bodyguard Shera has been roped in to handle the security for the Jio Justin Bieber Purpose World Tour. 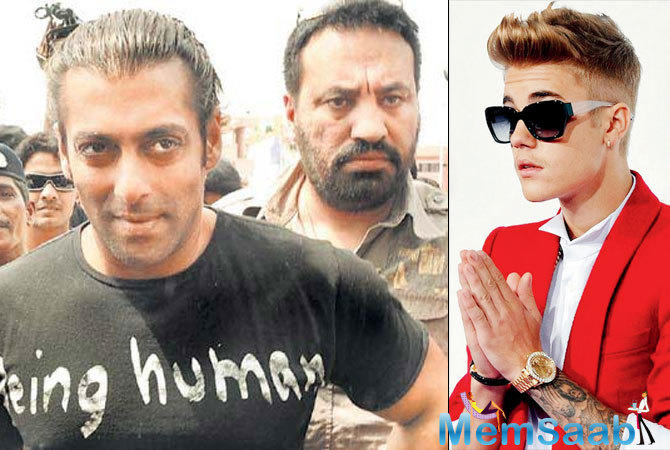 In This Image: Salman Khan, Shera, Justin Bieber
Shera, whose real name is Gurmeet Singh Jolly, has been considered the most trusted aide of Salman for over 20 years.

Informed sources say he will be personally monitoring the security arrangements of Justin Bieber during his stay in India later this month. 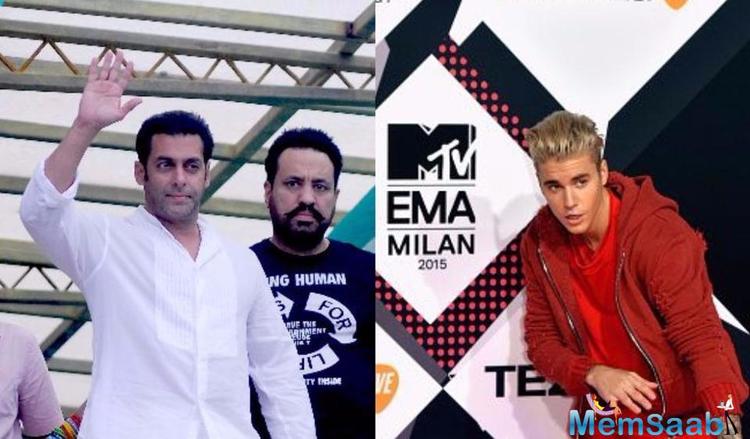 In This Image: Salman Khan, Shera, Justin Bieber
As a sign of his loyalty, Salman chose to use the badge and uniform of Shera’s own firm, Tiger Security, in his 2011 film “Bodyguard”.

In the past, he has handled the security of international actors like Will Smith, Jackie Chan and Keanu Reaves. 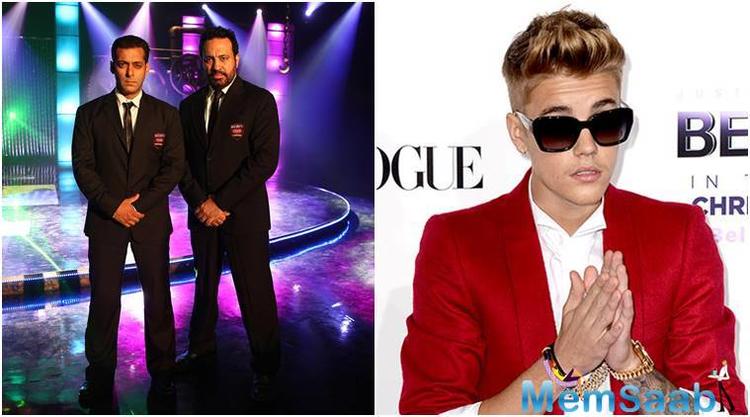 In This Image: Salman Khan, Shera, Justin Bieber
Salman himself might play host to the Grammy Award winning singer, who will arrive in the country on May 8 for his show, organised by White Fox India, on May 10 here.