While Salman Khan is currently self-quarantined at his Panvel farmhouse, his father Salim Khan, who is in his Bandra residence, revealed that he takes brief walks outside even amidst lockdown. Talking about the same to a news portal, Salim reportedly said that he has been advised by his doctors to continue with his walks as he has lower back issues. He also added that he has been keeping up with his walk routine for about 40 years now and if he stops suddenly it might affect his back.

Elaborating on the same, he also added that he has a pass issued by the Government till April 30 and he is following the norms as much as possible. 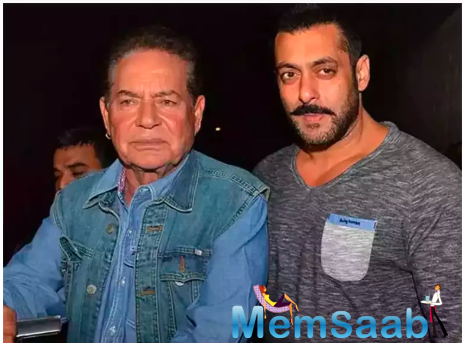 In This Image: Salman Khan, Salim Khan
According to him, he has been allowed to take walks outside on medical grounds. He also stated that he is a law-abiding citizen but people pick on them as they are celebrities.

According to him, he is not the only one who is outside taking a walk, there are many people who are strolling with their pets. 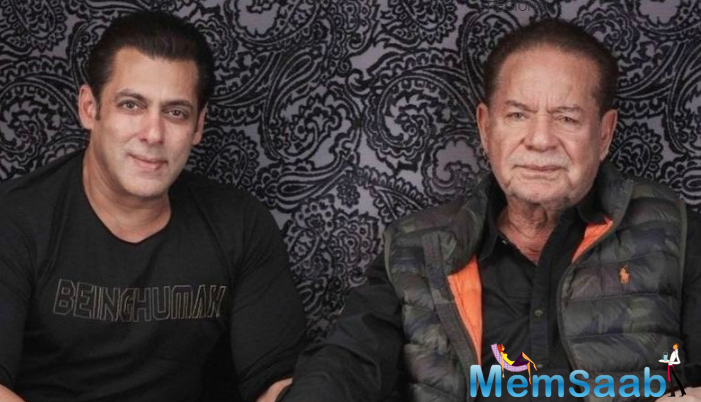 In This Image: Salman Khan, Salim Khan
However, nobody reports them. He also ensured that he is taking all safety measures and hopes everyone does too. Salman Khan, along with 20 more people, is currently in his Panvel farmhouse. He had earlier revealed that he is keeping in touch with his parents through video chats. He has also been seen sharing pictures and videos on his social media handles where he cautions and advises people regarding the lockdown and coronavirus.

Salman is also seen using his social media handles to entertain and interact with his fans during this lockdown. 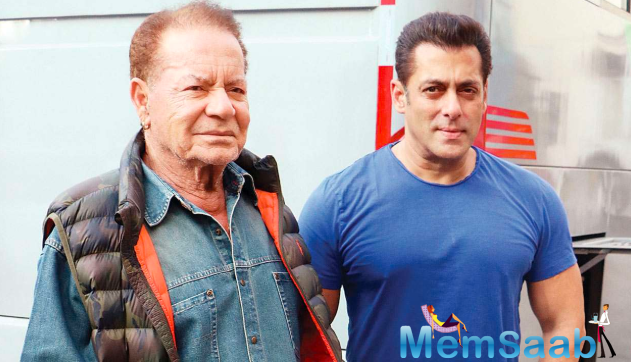 In This Image: Salman Khan, Salim Khan
He has also been using this time to read scripts. Meanwhile, on the work front, he will next be seen in Prabhudheva directorial, ‘Radhe: Your Most Wanted Bhai’. The movie also stars Disha Patani, Randeep Hooda, Jackie Shroff and others. He has also announced, ‘Kabhi Eid Kabhi Diwali’ where he will be seen paired opposite Pooja Hegde.