Salman Khan has been a godfather to many in the Bollywood industry. Thanks to him that several aspiring actors and actresses got their big break in Hindi cinema. 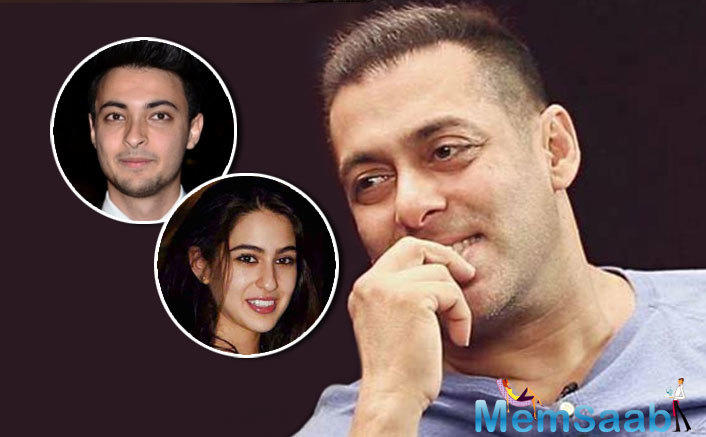 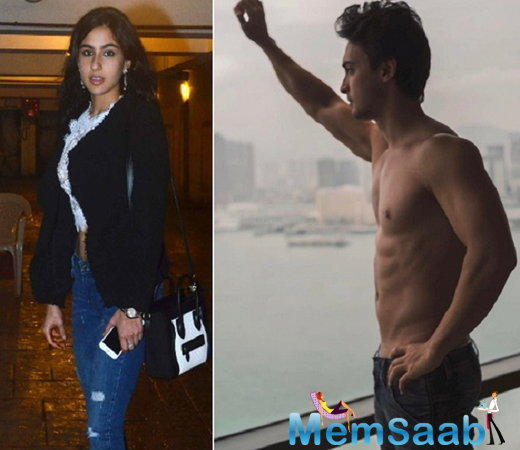 In This Image: Aayush Sharma, Sara Ali Khan
As per the report, Salman has decided to approach Sara Ali Khan to act alongside Aayush in his next project.

A source quoted, “Sara has heard the script, a love story, and is expected to come on-board soon. There’ve been speculations that Karan Johar is co-producing the film but that’s not true.” 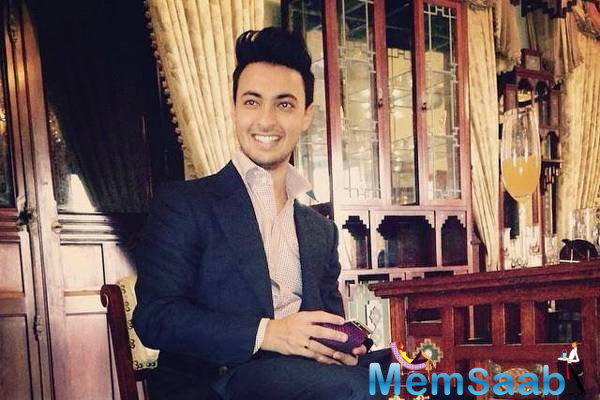 In This Image: Aayush Sharma
If all goes well then this movie is said to go on floors this November.Even though Sara hasn’t spoken anything about this offer by Sallu yet, we hope that she does agree as this will be a great platform for her to get launched in Bollywood.

In the meanwhile, Aayush has started preparing for his debut and has been pumping iron with Varun Dhawan and Kartik Aaryan at Prashant Sawant’s fitness studio in the suburbs of Mumbai. 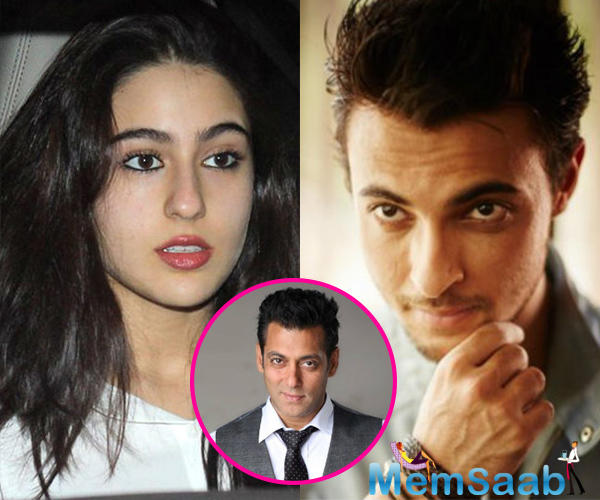 In This Image: Aayush Sharma, Salman Khan, Sara Ali Khan
On the work front, Salman will be next seen in Tubelight, which is going to release on this Eid. This film is directed by Kabir Khan, and star Zhu Zhu in female lead opposite Salman.