Salman Khan: I can’t afford luxury of being depressed or...

Salman Khan: I can’t afford luxury of being depressed or sad or emotional

He may be one of the biggest stars in India, but Salman Khan says it was not an easy journey to stardom for him, courtesy his professional highs and lows and legal woes.

The Kick star believes there have been breaking points in his life, but the nature of his job does not allow him to share his vulnerable side with the world. 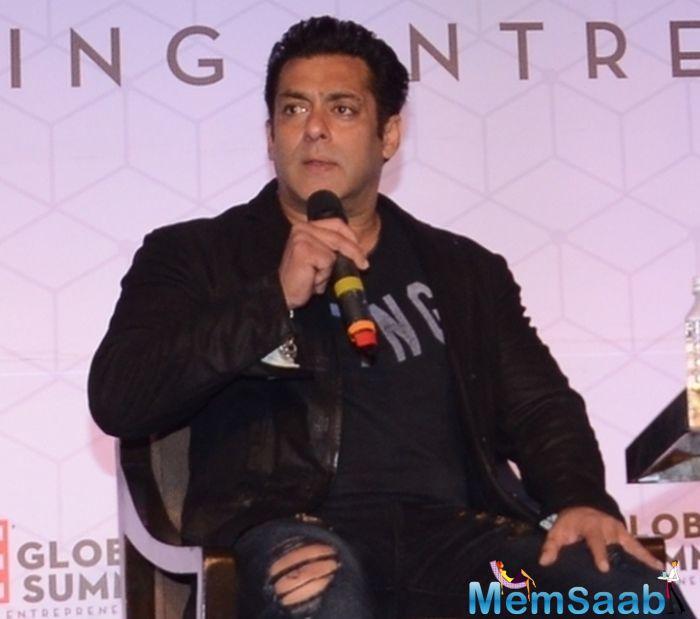 In This Image: Salman Khan
“My profession is such that I have to look good, dress up, do stylised action sequences and romance. Articles come on my affairs, me working with beautiful heroines and then suddenly a court date comes up… People see me on ‘Bigg Boss’ in which I am laughing and joking.

During the Global TiE Summit event, Salman said, “So, people think I don’t give a damn about things. That is the most difficult part about our journey as actors”.

The actor said being a star has a lot repercussions as he does not have the “luxury of being depressed or sad”.

Recalling his initial days in the film industry, Salman revealed his aim as a new actor was to give an equally bigger hit as Aamir Khan’s “Qayamat Se Qayamat Tak”.

In This Image: Salman Khan
“The journey I began with ‘Maine Pyar Kiya’, not knowing if I would make it, and that time it was difficult because there was another actor, who had started his career and he had given a big hit. That kid’s name was Aamir Khan. “He was from the same locality. I thought that he made it and if I didn’t make it, the whole Bandra will start laughing at me. So, my concern was only Bandra- Pali Hill and the friends’ circle, which just had four-five people,” Salman said.