Salman’s fondness for small children is quite evident since he was worked with Harshaali Malhotra in ‘Bajrangi Bhaijaan’ and Matin Rey in ‘Tubelight’. 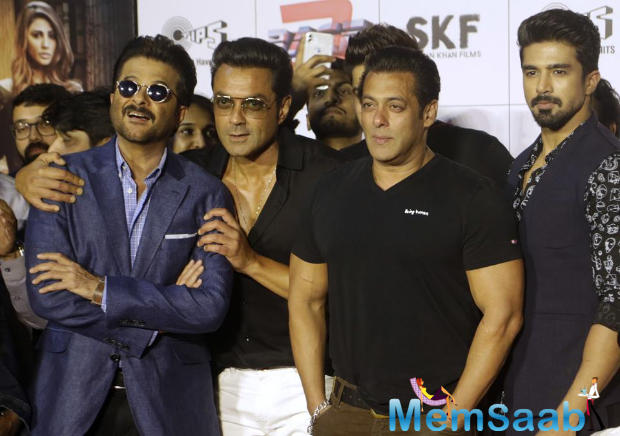 In This Image: Salman Khan, Jacqueline Fernandez, Daisy Shah, Bobby Deol, Saqib Saleem, Anil Kapoor
In real life too, kids love the actor as much as Salman himself is fond of kids, which again is quite visible in the way he treats his nephew Ahil Sharma (son of his sister Arpita Khan Sharma).

India however is in a sad state since child abuse has not come to an end, and when asked to comment about the same, while a media co-ordinator was unhappy and said that it’s a sad topic, Salman said it’s the absolutely right topic. 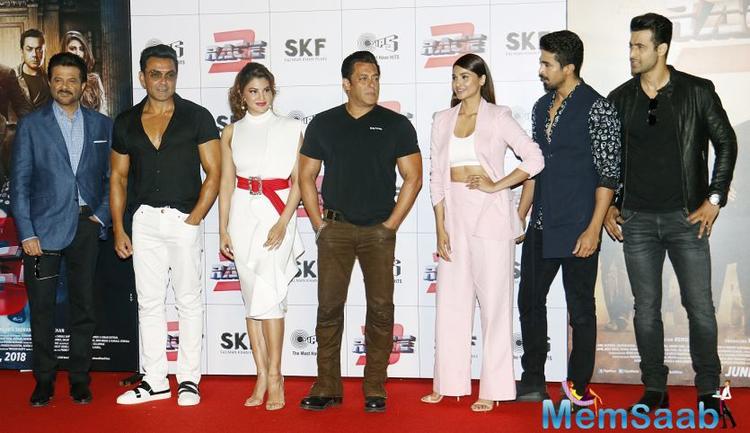 In This Image: Salman Khan, Jacqueline Fernandez, Daisy Shah, Bobby Deol, Saqib Saleem, Anil Kapoor
“We need to take a stand on this right now. This needs to stop right now, asap! Abhi khatam karo (End this now). Jaise bhi (However),” he added. Many have come forward to ask justice for Kathua case, and while the country still isn’t over the horror of that, a new case comes up.