Salman Khan’s sister Arpita shared a heart-melting photograph of the superstar bonding with his nephew Ahil. 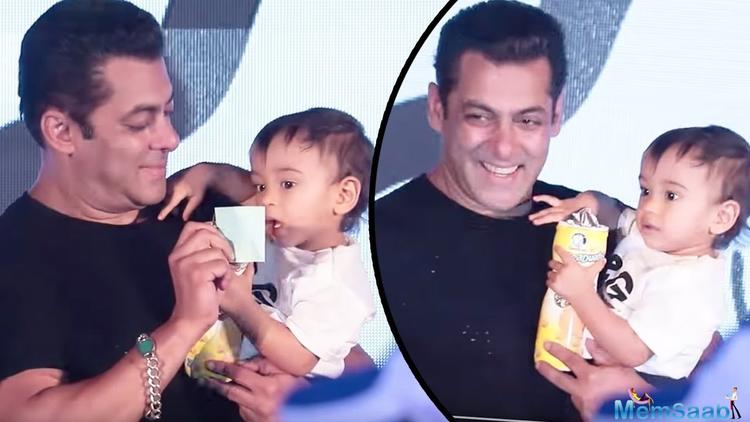 In This Image: Salman Khan, Ahil Sharma
Arpita on Instagram posted a photograph, where Ahil can be seen clinging to the “Dabangg” star and his mother on each side.

The 53-year-old star keeps updating his fans about him and his love for Ahil. The “Tiger Zinda Hai” star had once shared a video of Ahil teasing him by offering him a morsel and then eating it himself. 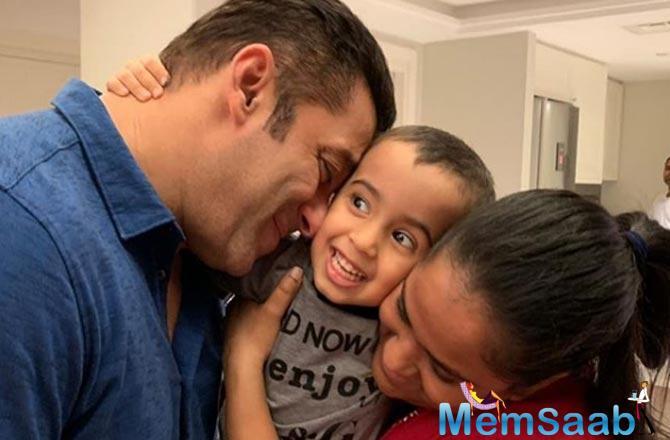 In This Image: Salman Khan, Arpita Khan Sharma
“My life in one frame. My brother and my son. Thank you god for the choicest blessing,” Arpita, who married actor Aayush Sharma in November 2014, captioned the image. On the Bollywood front, Salman is prepping for the release of his upcoming film “Bharat”, directed by Ali Abbas Zafar. The film also stars Katrina Kaif.