Salim Khan: LoveYatri is a blend of entertainment and Indian...

Salim Khan: LoveYatri is a blend of entertainment and Indian culture

Writer-filmmaker Salim Khan is not the one to mince words, and he has decades of experience in penning films, which add weight to his opinion on movies. Talking about the film that releases today, Salim Khan says, “It’s a good film.

‘LoveYatri’ has a simple and nice story. It’s the kind of movie that used to be made in the 70s and 80s, when commercial movies were a blend of entertainment and Indian culture.”

In This Image: Salim Khan
He says that he’s been objective in his evaluation. “This is my view as someone who has many years of experience in writing films. My opinion would have been the same had it been produced by another filmmaker, too. This is a clean film that you can watch with your entire family. It gives you a peek into the traditions and culture of Indian families and their festivals. Our film is based in Gujarat and it recreates the festival of Navratri in the most colourful and celebratory way,” he shares.

The film brings to the audience the fresh pairing of Aayush Sharma and Warina Hussain who are all set to mark their Bollywood debut with Loveratri. 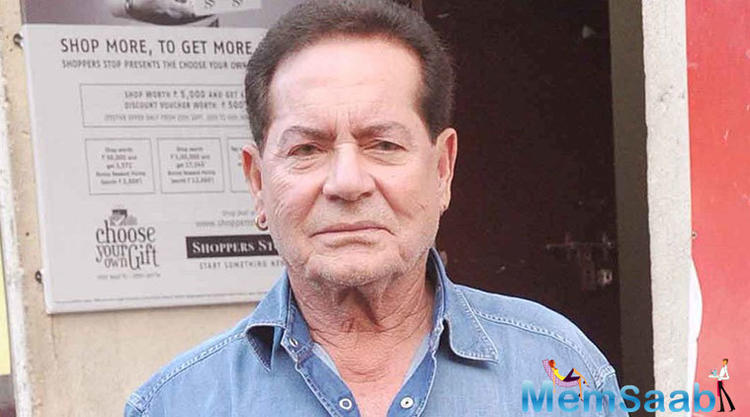 In This Image: Salim Khan
Loveratri is set against the backdrop of Gujarat and the onscreen couple’s love story unfolds over the span of the festival of Navratri. Loveratri is written by Naren Bhatt who is based out of Mumbai and was born in Bhavnagar. Directed by Abhiraj Minawala, Loveratri is produced by Salman Khan under the banner of Salman Khan Films is slated to release on 5th October, 2018.