While several celebrities spoke up about Sonu Nigam’s ‘Azaan’ row, when Saif Ali Khan was asked by a leading daily about his comments on the same. 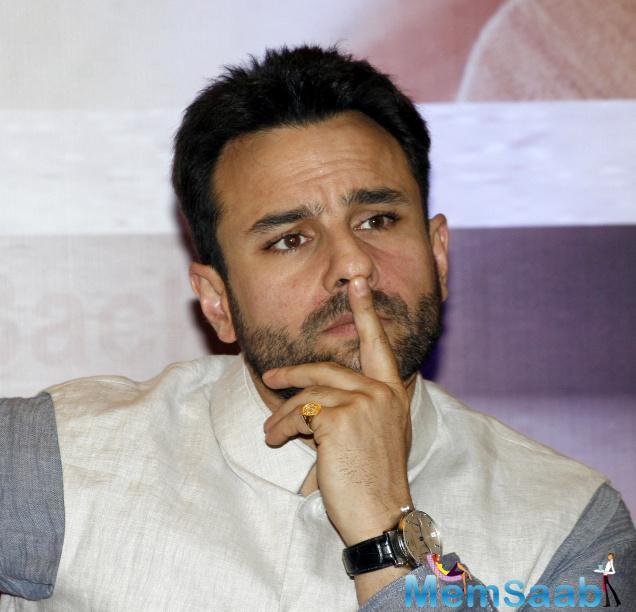 In This Image: Saif Ali Khan
He said, “Don’t know who you are offending. At one level I agree, the lesser sound the better, there should be certain decibel levels allowed across religious practices. I also understand the amplification of the sound during azaan comes from insecurity “.

He further added, ” Not just here but also in Israel apparently where three different religions co-exist. It’s been written about so I believe it’s the same. 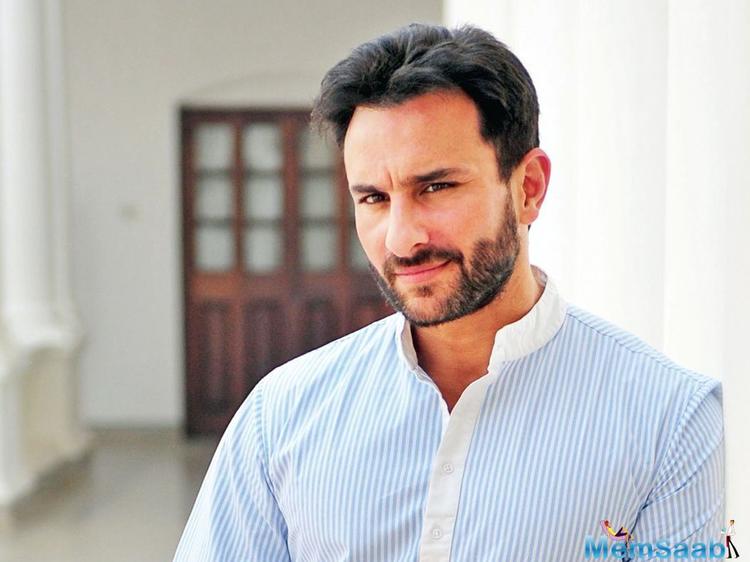 In This Image: Saif Ali Khan
As a minority, you would like to make your presence felt and hopefully accepted. If someone says that it should be extinguished, it will make some people little uncomfortable. As a precursor to some sort of holocaust, it’s the first thing you think of. There’s a bit of fear there. It’s fine to express your views on the decibel levels.

I think that tweet was a bit aggressive though, initially. And I do think religion should be a private affair and we should be a secular country. 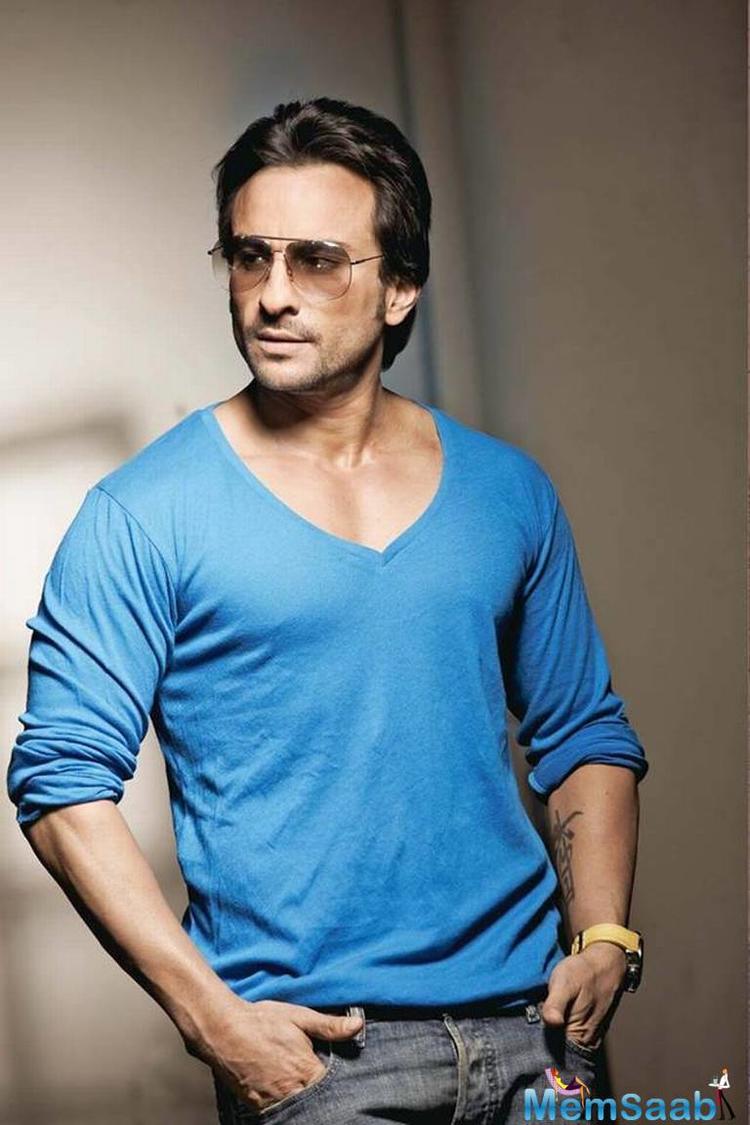 In This Image: Saif Ali Khan
Like a few actors in Bollywood, Saif also has endorsed fairness products and recently Abhay Deol took a dig at Bollywood celebs who have advertised fairness brands propagating incorrect messages to the commoners.

To this he said, ” I think I have endorsed them a couple of times and I am told they are the largest selling things. But it’s not a stand I have felt particularly strong about. 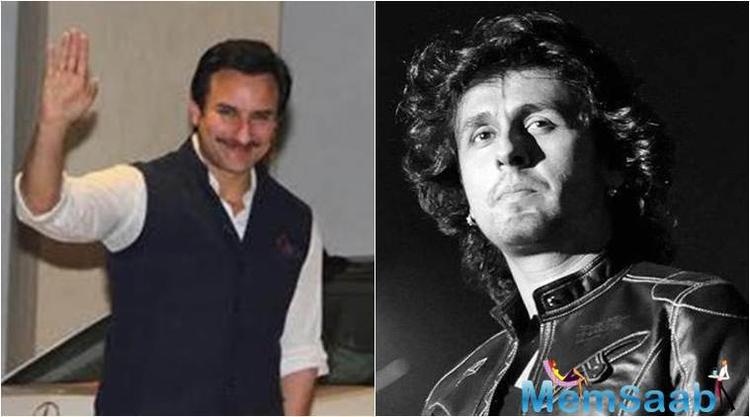 In This Image: Saif Ali Khan, Sonu Nigam
Everyone in this country is obsessed with fair skin. It’s the first thing people say when a child is born. And it’s important that Abhay Deol’s voice on the subject be heard. I Perhaps we all know somewhere that selling that product is wrong, and somewhere we wish we took a different stand but we don’t. If you don’t sell it, someone else would. There should maybe be a law against it. Without a law how do you hope people won’t bleach their faces? ”

The increasing fear of Islam has made us question the tolerance level in the world. When Saif was asked about Islmaophobia, 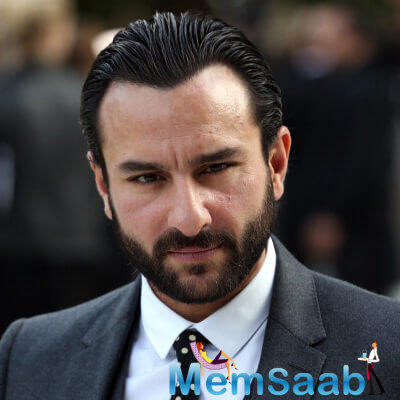 In This Image: Saif Ali Khan
He said, “I t’s so scary. We have had phobias against religion. The Jews have been historically persecuted. And anti-semitism has been used by the Western civilization as a political, philosophical and economic tool, to treat someone else as ‘the other’. And after the holocaust, it’s scary when people say Islamophobia because it feels like you will be persecuted or discriminated against no matter how you are. And I am not religious but as a kid, I was so proud to be a Muslim. One used to think of the Mughals, Turkey, calligraphy, art etc. And now it’s this, which is a far cry “.

He added, ” But I’ll tell you, there is no such thing as the Muslim or the Jew. 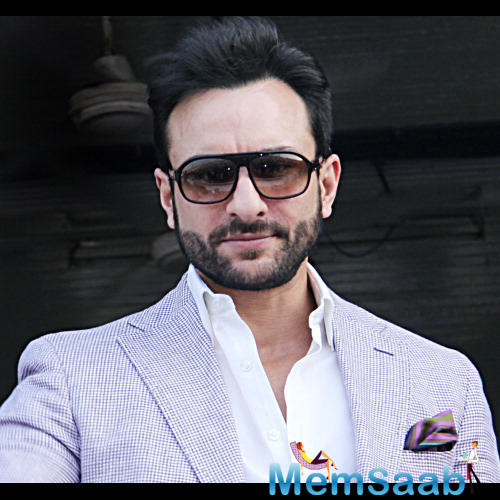 In This Image: Saif Ali Khan
We create the construct of the Muslim and give it certain characteristics, that he does this or that. But we are individuals. Our views will be different, even on religion. It’s scary when we are all are called ‘the Muslim’ because it implies we all have the same beliefs and characteristics that can be easily summed up “.