Saif Ali Khan was spotted in his car in a blood-soaked vest and with an injury near his eyebrow. Rarely do actors head home in their look.

Perhaps he was in a hurry to leave the set and did not bother to change. Was he shooting for an action scene for Sacred Games 2? 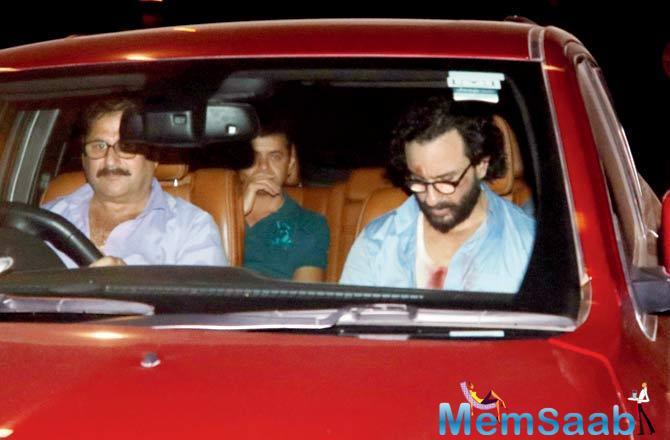 In This Image: Saif Ali Khan
Last seen in Baazaar, Saif Ali Khan said to IANS, “I am actually really happy as Anand ji (Pandit – Producer) called me and said he wanted to have a small core celebration for the team. The film is also a slightly different themed film as it’s not the regular movie. It’s about the stock market which was a different kind of and a brave subject.” 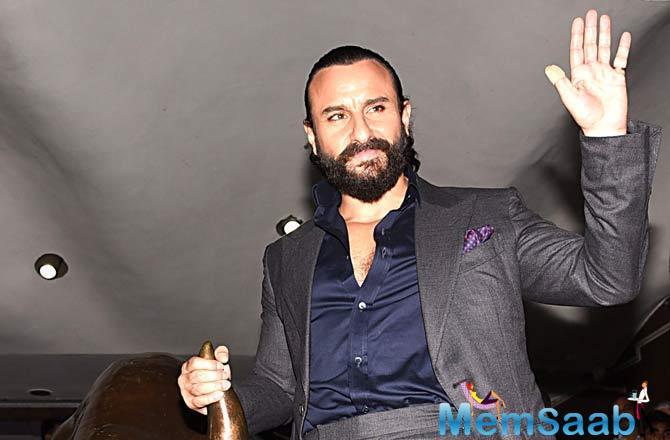 In This Image: Saif Ali Khan
His little son Taimur Ali Khan has also wowed people with his adorable and cute looks. Asked if the Pataudi trend is ruling the Internet, he said, “I don’t know..I think the Pataudis are mainly to play cricket so, it would be Tagore trend if anything.”