Saif is shooting for his next movie Jawaani Jaaneman in London. He briefly spoke to Hindustan Times where the actor spoke up about his elder son Ibrahim Ali Khan taking up acting. 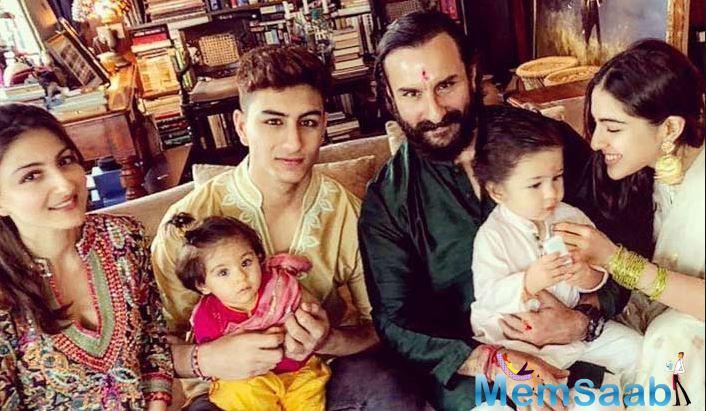 In This Image: Saif Ali Khan, Sara Ali Khan, Taimur Ali Khan, Ibrahim Ali Khan, Soha Ali Khan
Talking about it Saif mentioned, “He should, he’s looking good, better looking than I am! He’s a very charming guy” adding, “He’s still a little young, and I’m keener that he does university first. Then, of course, we’ll support him in whatever he wants to do.”

Saif however also happened to mention, “I definitely think all of my children would be interested in acting. We’re an acting family, the whole bunch of us are in the industry. So I’m sure.” 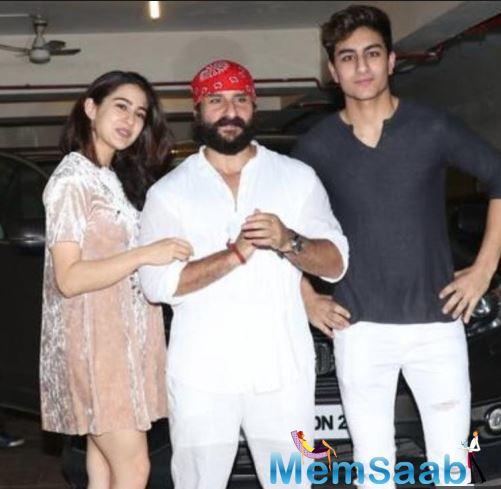 In This Image: Saif Ali Khan, Sara Ali Khan, Ibrahim Ali Khan
This leaves us wondering if the actor already thinks his little one Taimur Ali Khan will grow up and become an actor. For the uninitiated, Saif Ali Khan was referring to the lineage of actors in his family (mother Sharmila Tagore, sister Soha Ali Khan, brother-in-law Kunal Kemmu, wife Kareena Kapoor Khan and the Kapoor family, and even ex-wife Amrita Singh being an actress). Ibrahim is born to Saif and Amrita.

Apart from Jawaani Jaaneman, Saif will also be seen in Sacred Games 2(August 15 release), Tanhaji: The Unsung Warrior alongside Ajay Devgn and Laal Kaptaan (directed by Navdeep Singh, which is expected to release on September 6). 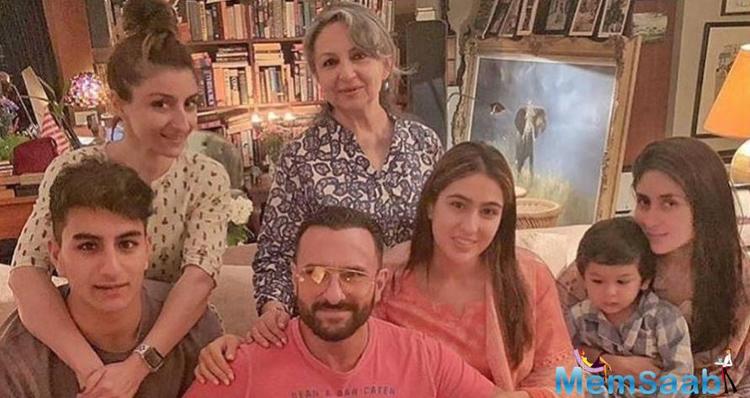