Saba Ali Khan shares a series of priceless moments from...

Saif Ali Khan’s sister Saba Ali Khan must have stayed away from the limelight but she surely enjoys a huge fan following on social media. She is quite active on Instagram and is often seen sharing priceless moments of her family. 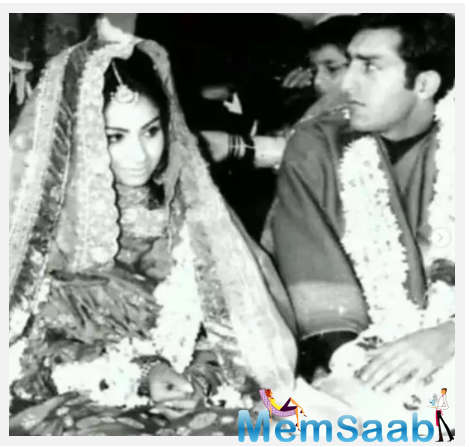 In This Image: Sharmila Tagore, Mansoor Ali Khan
It’s a known fact that Bebo wore Sharmila ji’s wedding outfit on her special day. The first picture features Saba’s parents where they can be seen performing their wedding rituals. Sharing the picture with her fans, she wrote, “Tradition…passed on to the next generation.

Saba then shared Bebo and Saif’s royal picture from the wedding album. 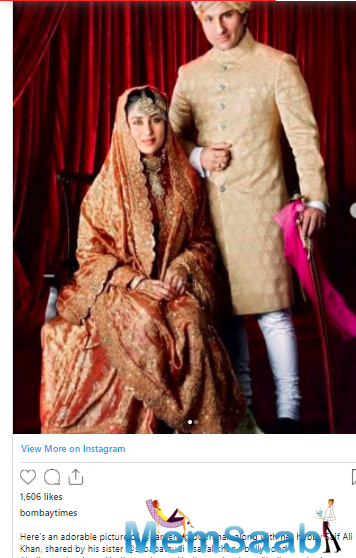 In This Image: Kareena Kapoor Khan, Saif Ali Khan
The power couple can be seen striking a stunning pose for the camera. Along with the pictures, she wrote, “MAHSHALLAH. Generation and tradition, continued.

Meanwhile, Saif and Bebo are all set to welcome their second baby in February 2021. 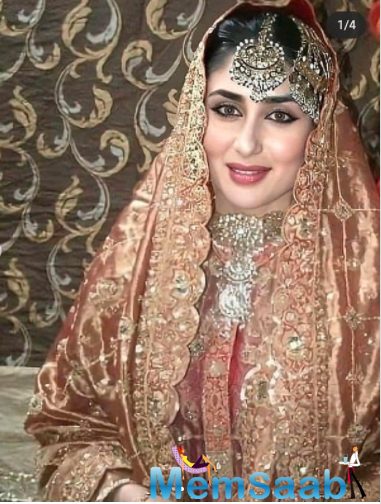 In This Image: Kareena Kapoor Khan
Their son Taimur Ali Khan is already an internet sensation and enjoys a massive fan following on social media. Before the arrival of their second baby, the Pataudi family has moved into a new home. The actress recently shared the first glimpse on social media. On the work front, Saif is currently shooting for ‘Bhoot Police’ with Arjun Kapoor in Mumbai. He also has ‘Adipurush’ with Prabhas. On the other hand, Bebo will be next seen in ‘Laal Singh Chaddha’ and ‘Takht’.