‘Saand Ki Aankh’: Taapsee Pannu speaks on the controversy around...

‘Saand Ki Aankh’: Taapsee Pannu speaks on the controversy around the film

‘Saand Ki Aankh’: Taapsee Pannu speaks on the controversy around the film 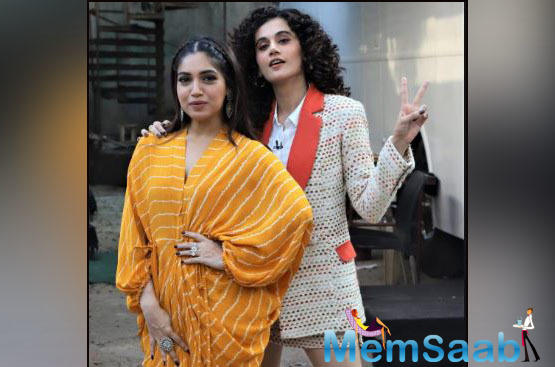 In This Image: Taapsee Pannu
The film, post its special screening is receiving a lot of accolades from the film fraternity. Celebs are going ga-ga over the film and are praising the team’s effort. In a candid chat with the talented actress Taapsee Pannu, she spoke about the film and controversies attached to it since the time of its announcement.

Taapsee Pannu has her own clarification on the film and the controversy around it. 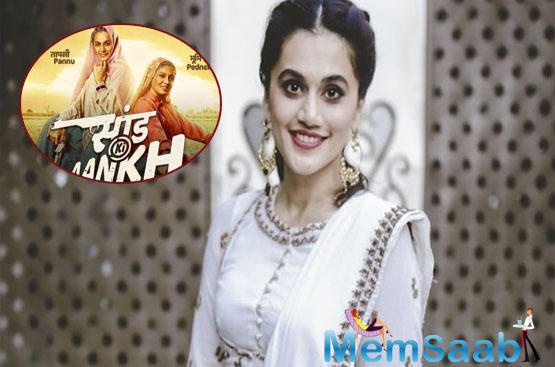 In This Image: Taapsee Pannu, Bhumi Pednekar
She explained, “The thing is that basically, your film is getting people’s attention. Nobody wants to invest time and energy in a film that doesn’t matter. If it’s good, and if it’s making an impact is why people want to talk about it. So, they are talking about it means it was worth spending their time and attention to this film. If this would have been a random film, some people wouldn’t have spent their time and effort on it. And as a public figure, we’re used to getting scrutinized for everything and anything we do. So it’s part of our job.” For those uninitiated, ‘Saand Ki Aankh’ has been in the controversy for its ageism debate as Neena Gupta raised the question on why Taapsee and Bhumi had to do the old roles of 60 plus daadis, instead, some other talented veteran actors from the industry should have been given the chance to showcase their talent. While some supported the actress’ stand, some opposed it.

The film revolves around the real-life story of India’s two most famous shooter daadis, Chandro Tomar and Prakashi Tomar. 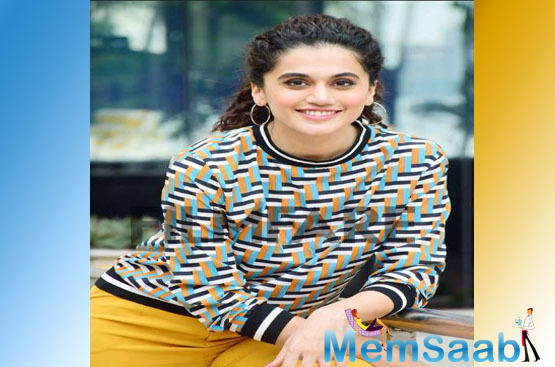 In This Image: Taapsee Pannu
Directed by Tushar Hiranandani, the film also stars Prakash Jha, Viineet Kumar, and Shaad Randhawa. This sports-drama film is all set to clash with Rajkummar Rao-Mouni Roy’s ‘Made in China’ and Akshay Kumar’s multi-starrer ‘Housefull 4’.