For the past few months now, Sushant Singh Rajput has been in the news not just for his films or new ventures, but his love life. The actor is rumoured to be dating actress Rhea Chakraborty. Though the two haven’t made anything official, their social media pictures are proof that they visited the same destinations together.

On Thursday, it was a romantic night for Sushant Singh Rajput and Rhea Chakraborty as he accompanied her for a dinner date in his car. 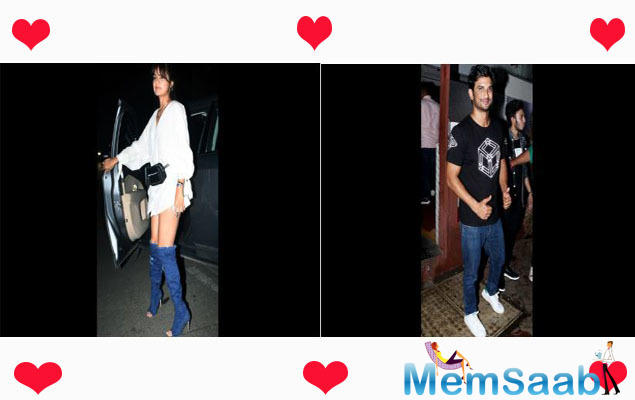 In This Image: Sushant Singh Rajput, Rhea Chakraborty
Dressed in a casual black tee, denim, and white sneakers, Sushant looked super happy as he posed for the shutterbugs. Rhea Chakraborty is known for her trendy fashion style. In a white long shirt worn over denim hot shorts, and a fanny pack and denim boots, Rhea looked chic. What caught our attention was the platinum pendant around her neck.

There were rumours that the MS Dhoni actor gifted a platinum pendant to Rheaas her birthday gift. 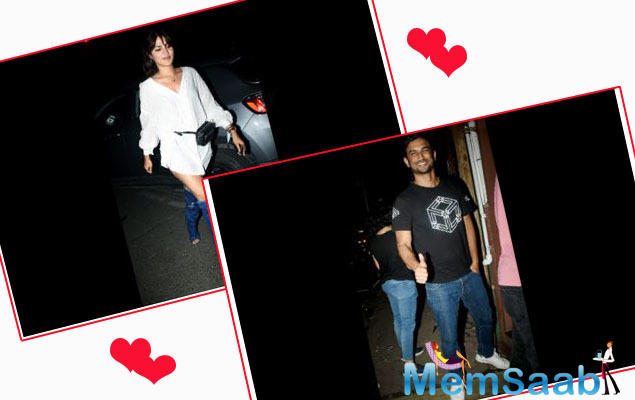 In This Image: Sushant Singh Rajput, Rhea Chakraborty
Does this validate their relationship? Rhea Chakraborty celebrated her 27th birthday on July 1, 2019, with Sushant and a few friends. They went on a trip together and shared pictures from there on social media.

Sushant was earlier in a ten-year relationship with his television show, Pavitra Rishta, co-actor Ankita Lokhande. They parted ways and later his name was linked to his Raabta co-star Kriti Sanon and Kedarnath co-star Sara Ali Khan. 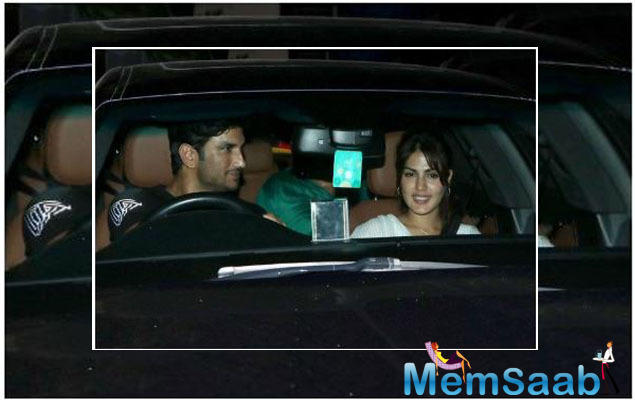 In This Image: Sushant Singh Rajput, Rhea Chakraborty
On the professional front, Sushant will next be seen in Chhichhore – a romantic-comedy and Dil Bechara. Rhea will be paired opposite Emraan Hashmi and Amitabh Bachchan in Chehre.