Rumoured couple Sushant Singh Rajput and Rhea Chakraborty to star together in their next?

Sushant Singh Rajput and his rumoured girlfriend Rhea Chakraborty have been hitting the headlines for a long time now for their alleged love affair. Although they are yet to come out in open about their relationship, their social media pictures, dinner dates and outings speak volumes about their love affair. Now, reports are rife that the beautiful couple will be seen sharing the screen space with each other in their next film.

According to report in an entertainment portal, Sushant Singh Rajput has signed his next film with Vashu Bhagnani. 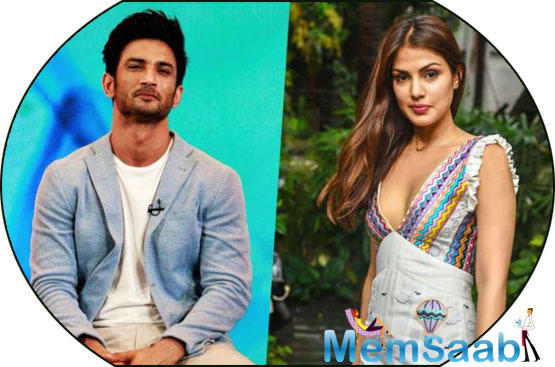 In This Image: Sushant Singh Rajput, Rhea Chakraborty
Sushant has reportedly signed the film and will start prepping for the role from next month and apparently Sushant’s rumoured girlfriend Rhea Chakraborty will also be seen in the film opposite him. The report also stated that Rumi Jaffrey has been roped in to direct the movie and the film will go on floors by next month-end.

After receiving positive reviews for his last film, ‘Chhichhore’ co-starring Shraddha Kapoor, Sushant Singh has been missing the silver screen. 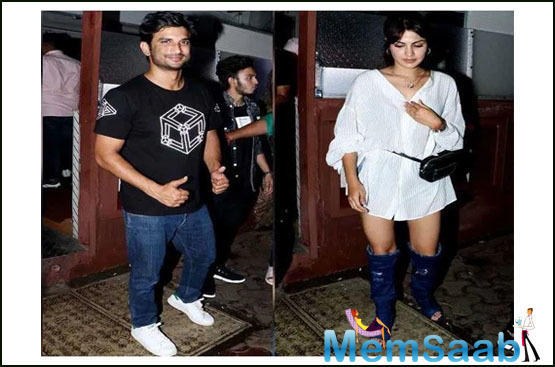 In This Image: Sushant Singh Rajput, Rhea Chakraborty
He is often spotted with his ladylove Rhea and has been snapped on various occasions by the paparazzi. Apart from this, Sushant also has ‘Dil Bechara’ co-starring Sanjana Sanghi’. Rhea, on the other hand, will be seen in Rumi Jaffrey’s ‘Chehre’. The movie stars Amitabh Bachchan and Emraan Hashmi in the lead roles.