In the 2018 release, Simmba, Ranveer Singh plays a corrupt police officer who has a moral turnaround after a particular incident and becomes the saviour of justice. The film co-starred Sara Ali Khan. 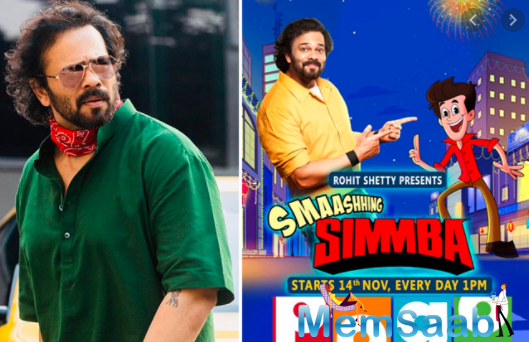 In This Image: Rohit Shetty
“An animation avatar of Simmba sounded exciting to me from the get-go, and it is amazing to see how the series has shaped up. The blend of comedy and nailbiting action, with young Simmba’s cool quotient and funny traits, is sure to appeal to the young audience. I am eager for kids to experience the animated rendition of their favourite big-screen hero Simmba,” Shetty said.

The animated show, Smashing Simmba, is produced by Shetty through along with Reliance Animation. 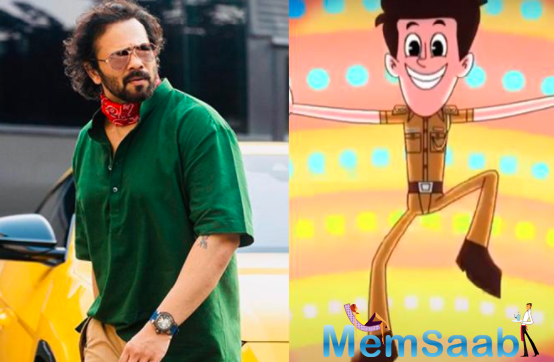 In This Image: Rohit Shetty
The show follows the mischievous and fearless Simmba as a teenager, who dreams of becoming a police officer. In the series, Simmba will be seen engaged in adventures with his friends Ricky and Kittu Khabari.Talking about the animated series, Tejonidhi Bhandare from Reliance Animation, said: “The Indian animation space for kids is evolving rapidly along with its viewers, and there’s no better time for us to experiment with stories, characters, and backdrops. Cinema-inspired IPs, featuring characters who are loved for their memorable personalities and nuances, have massive potential to become popular properties. ‘Smashing Simmba’ is an excellent example of how creatively Bollywood and animation can come together, opening avenues for endless possibilities.”

The show, a POGO original production, will premiere on November 14. 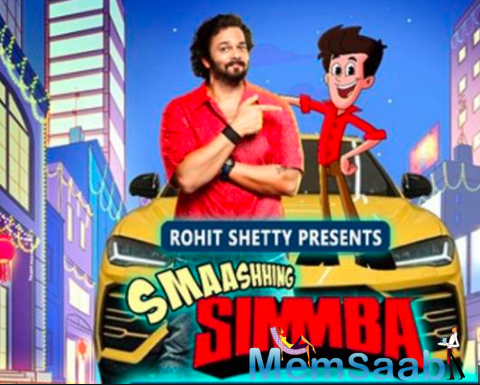 In This Image: Rohit Shetty
“Within the diverse genres of homegrown animation, Bollywood has emerged as a theme widely appreciated by young fans. When Indian cinema’s most popular characters are presented in animated universes with relatable stories, kids absolutely love it,” said Abhishek Dutta of Pogo.