Fans have still not come to terms with the death of actor Sushant Singh Rajput. Fans, who are still grieving the death of the actor, have been digging out old videos and pictures of Sushant, in his remembrance. One such video that was doing rounds widely was Sushant Singh Rajput’s rumoured girlfriend Rhea Chakraborty singing ‘Don’ Worry, Be Happy’. 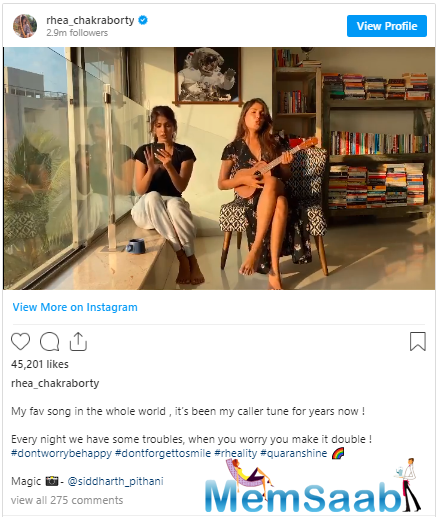 In This Image: Rhea Chakraborty
In one of them doing the rounds, she is seen playing to the camera as the song, Don’t Worry, Be Happy, ironically, plays in the background. It’s her favourite track and has also been her caller tune. 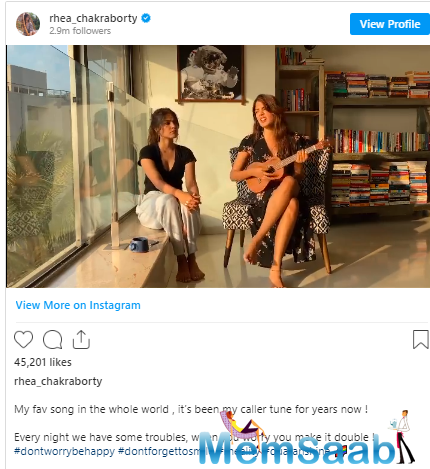 In This Image: Rhea Chakraborty
In connection with Sushant’s suicide case, the Bandra police on June 20 recorded the full statement of Rhea Chakraborty for close to 11 hours. The actress, in her detailed statement, has also narrated how she met him and has spoken about their relationship. As per her statement, she met him in 2013 when Rajput was shooting for a film called Shudh Desi Romance and she was shooting for the film Mere Daddy Ki Maruti. “The sets of both films were close and I met him there for the first time. Then we met at many parties and became friends,” she told the police.

Chakraborty even stated that Rajput was suffering a lot mentally but never told anyone about it. 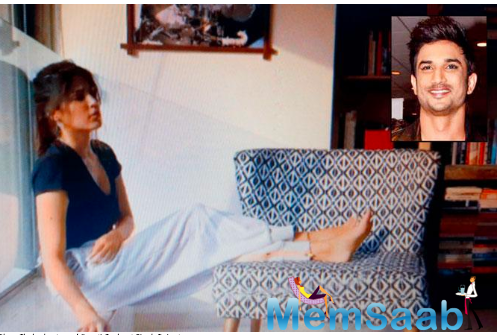 In This Image: Rhea Chakraborty
Sushant, according to Rhea, used to isolate himself many times and sometimes would go to his farmhouse in Pune. She also said that he consulted a doctor after he was diagnosed with depression and started taking pills for it, but he had stopped taking those medicines for the past few days. The actress also told police that Rajput asked for some privacy and asked her to leave him alone. “I left on June 6. Looking at his condition I respected that and left from Bandra, assuming that he would think about himself and everything will be fine sooner than later. But after that I got the news that he committed suicide on June 14,” the actress told police in her statement.