Ranveer Singh snapped in his ‘83 gear net practicing to...

Ranveer Singh is on a roll. The actor has had a rocking 2018 and has begun 2019 with a bang. His latest release Gully Boy is performing extremely well at the box office. 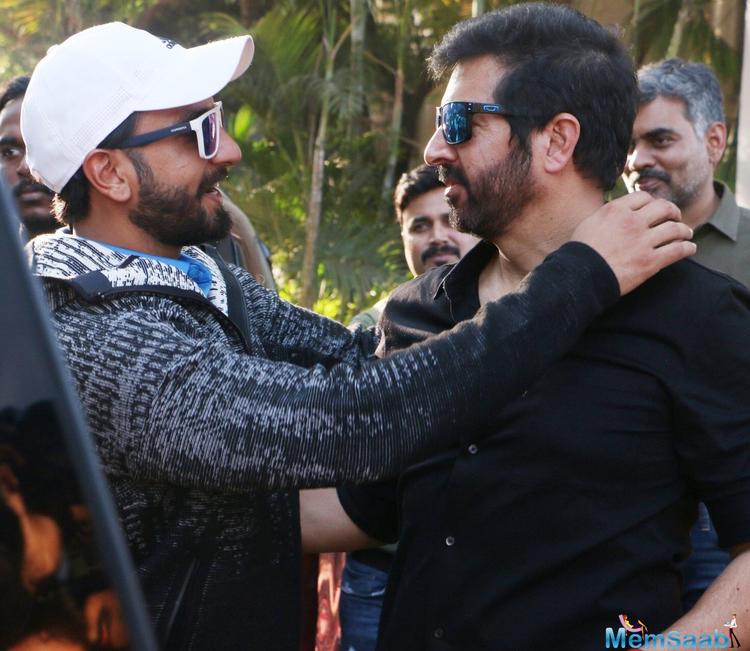 In This Image: Ranveer Singh, Kabir Khan
The movie’s story, Singh’s acting, the music, Ranveer’s rapping skills and his chemistry with Alia Bhatt – Just about everything in this film is being lauded. While Ranveer is basking in the glory of this film’s success, he has already started work on his next film – 83.

Singh, who plays the role of legendary cricketer Kapil Dev, has started prepping for his character. 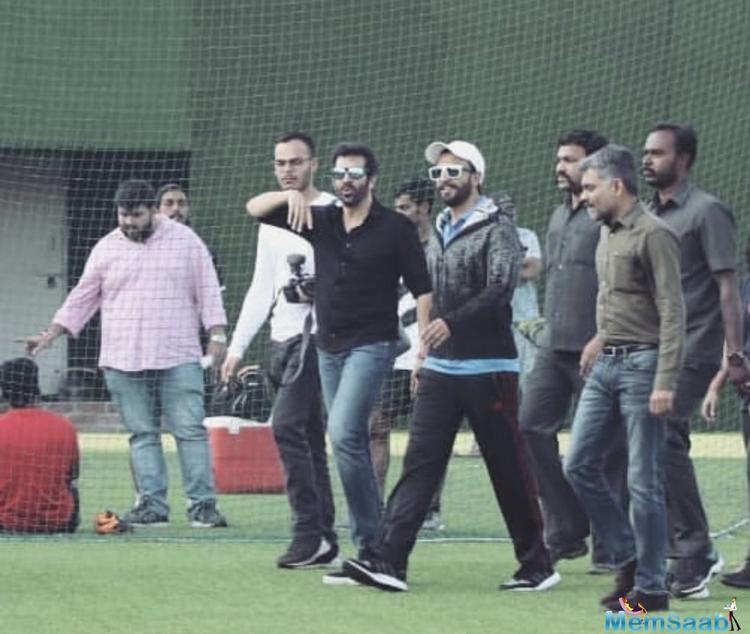 In This Image: Ranveer Singh, Kabir Khan
Yesterday, we clicked Ranveer during the practice session. Dressed in the blue cricket jersey, black tracks that were covered with the cricket pads, Ranveer Singh in his quintessential style arrived for the nets.

Directed by Kabir Khan, 83 is a movie that will relive the good old memories of our Indian cricket team winning the first World Cup held in 1983.

In This Image: Ranveer Singh
The movie also stars Pankaj Tripathi, Mohammad Zeeshan Ayub, Tahir Raj Bhasin, Sahil Khattar among others. 83 is all set to release on April 10, 2020. An onlooker present at the venue excitedly revealed, “We were playing at the turf since it was a Sunday. That is our usual ritual. But yesterday was special. Ranveer Singh walked in with his swag, dressed in Indian cricket jersey. He was seen sweating it out for nearly 2-3 hours where he practiced different shots. There was one person who was guiding him to hit shots ala Kapil Dev style. It seemed as though his actions, body language all is being worked upon.”