Rangoli Chandel: ‘The story of an acid attack survivor needs...

Deepika Padukone impressed one and all with her upcoming film Chhapaak’s trailer today. 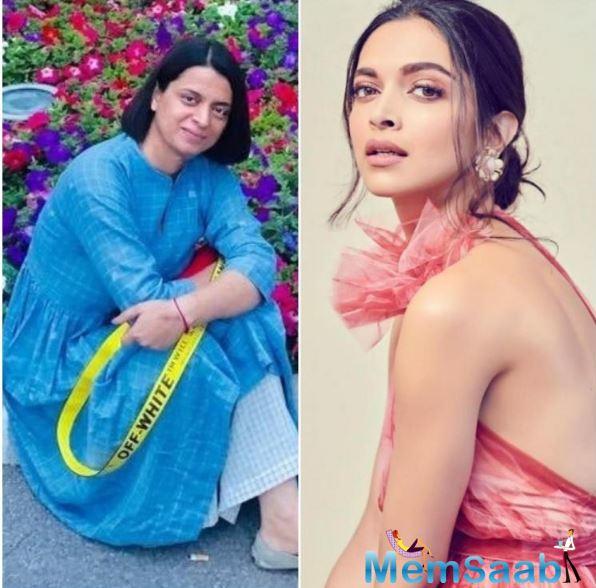 In This Image: Rangoli Chandel, Deepika Padukone
The film sees her in the role of acid attack survivor Malti based on the real-life of Laxmi Agarwal who was instrumental in getting the sale of acid freely banned in the country. The actress has received immense praise for her powerful performance in the film and applause for her gritty act is pouring from everywhere. Now, the latest to shower her praise is none-other-than Kangana Ranaut’s elder sister Rangoli Chandel who is an acid attack survivor as well.

Rangoli took to Twitter to laud the trailer and was all praise for Deepika. She wrote, “Wow!!! Everyone should see this film, amazing.” 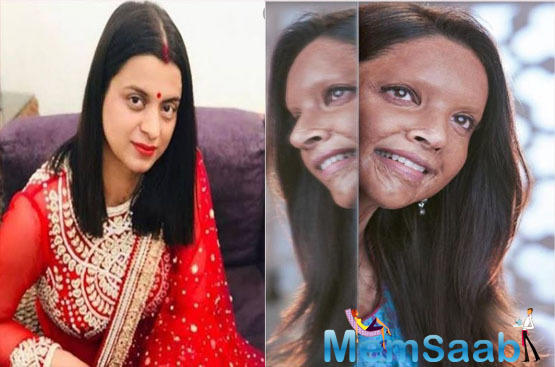 In This Image: Rangoli Chandel, Deepika Padukone
She further added, “Meghna and Deepika will earn a lot of tears from this film, what my family and I went through along with the prejudice we faced was worse than death… the story of an acid attack survivor need to reach this nation, praying that it works.”

The trailer of Chhapaak is gripping and heart wrenching as it depicts the ordeal that Malti (essayed by Deepika) went through after being attacked by acid. 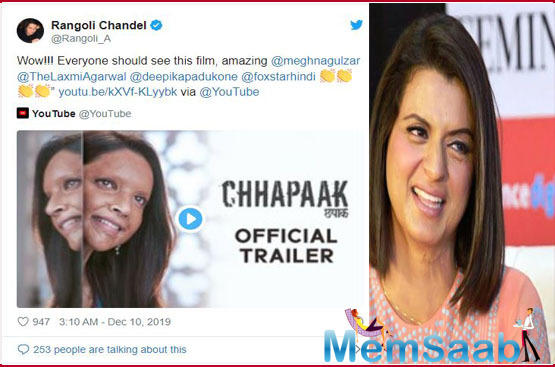 In This Image: Rangoli Chandel
However, she did not let the monstrosity break her spirit but pledged to get the sale of acid in the country banned.Chhapaak is directed by Meghna Gulzar and also stars Vikrant Massey in the lead. Vikrant plays a journalist who helps Malti in her mission and eventually falls in love with her. The film is slated to release on January 10, 2020.