Randeep Hooda prays for farmers who lost their lives, hopes...

Randeep Hooda prays for farmers who lost their lives, hopes for a speedy resolution

The farmer’s protest against the farm bills continues to make headlines. It’s been months since the farmers from all parts of the country started their protests in the outskirts of Delhi. While many Bollywood celebs have extended their support for the ongoing movement there have been demands for a quick solution.

Now, popular actor Randeep Hooda, in his latest tweet, backed the farmer’s movement while praying for the farmers who lost their lives during this protest. 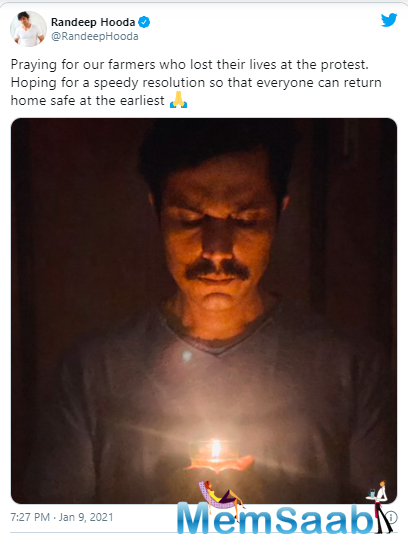 In This Image: Randeep Hooda
He shared a picture of himself holding a candle paying his tribute to the farmers who have lost their lives. “Praying for our farmers who lost their lives at the protest. Hoping for a speedy resolution so that everyone can return home safe at the earliest,” tweeted the actor who will next be seen in ‘Radhe’, the much-awaited Salman Khan movie.

The farmers’ protest in India gained widespread support from the entertainment industry. 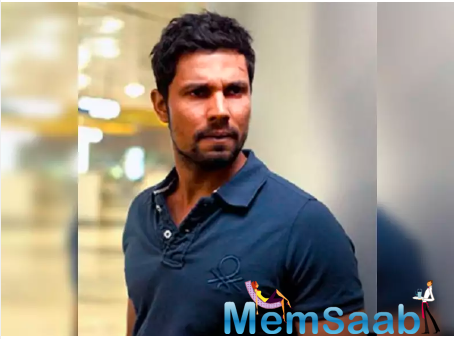 In This Image: Randeep Hooda
Celebs like Diljit Dosanjh, Sonu Sood, Priyanka Chopra, Dharmendra, Gul Panag, Preity Zinta, Sonam Kapoor and many others have been urging government to take quick action to resolve the farmers’ agitation. While some have joined the farmers at the protesting site, others have used social media platforms to extend their support. These celebs have even used various hashtags like #Jaikisan #Delhichalo #FarmersProtest #StandWithFarmers #Tractor2Twitter.