Sanjay Dutt’s biopic has already created a huge sensation among the fans especially because Ranbir Kapoor is portraying him onscreen.

Ranbir words I can’t wait, it’s a tricky biopic also because it’s not somebody who is like in the past, or somebody who is dead or a political figure. For this writer, the concept of a Sanjay Dutt biopic was always a shaky proposition. 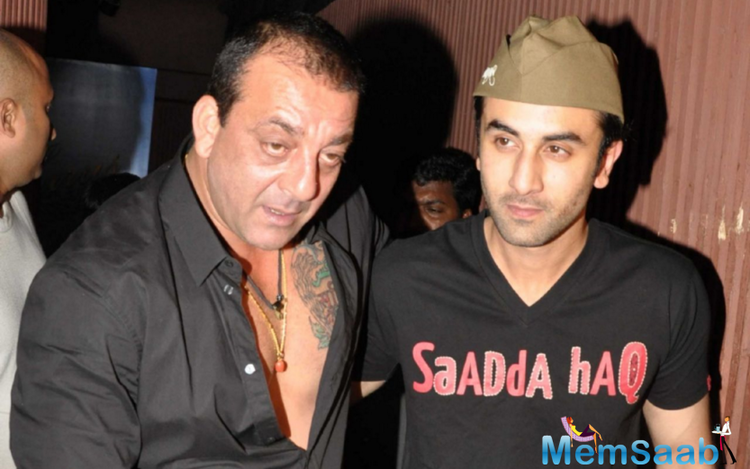 In This Image: Sanjay Dutt, Ranbir Kapoor
He added Dutt is a very famous Indian superstar who is still working in the movies. So how do you still make a biopic on him, what’s your beginning, middle and end. Especially what’s your end; you have a beginning and middle

It’s an engaging film; it’s a story which was waiting to be told. The actor further added that Sanjay Dutt was so giving and grateful to make this film. It is believed that during the shooting of PK, Dutt had started narrating his personal story to Hirani

In This Image: Ranbir Kapoor, Sanjay Dutt
He even said that there was a time when Raju Hirani asked Dutt not to show a certain portion of his life, but he was like no, all this needs to be told. Dutt himself hoping to keep Salman a part of the biopic, in addition to Ranbir opting to shoot

Ranbir who knows Dutt since his childhood revealed a lot about the biopic in a recent interaction with a senior journo. Sanjay Dutt biopic has transformed into some kind of an organic entity that has a life of its own. 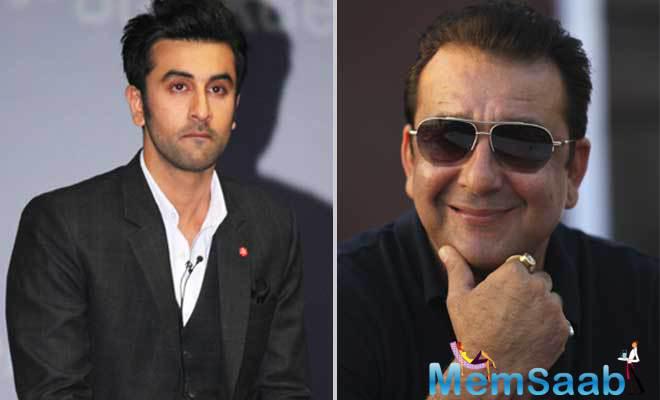 In This Image: Ranbir Kapoor, Sanjay Dutt
Ranbir said I have a due responsibility of portraying him onscreen the best way possible and most importantly in an engaging way coz that life is bloody interesting. It’s not a propaganda film; it’s not trying to paint him grey, white or black.

Sanjay Dutt’s biopic has already created a huge sensation among the fans especially because Ranbir Kapoor is portraying him onscreen. 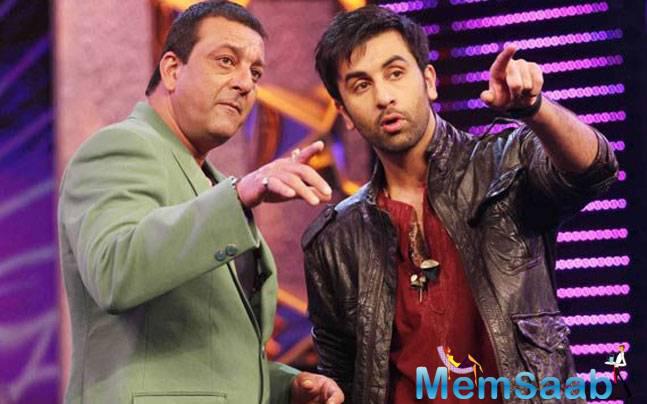 In This Image: Sanjay Dutt, Ranbir Kapoor
The audience is curious to know everything about Sanju Baba onscreen and we too are thrilled. Ranbir Kapoor is portraying his character onscreen