After wrapping up the shooting of Anurag Basu’s much-delayed directorial ‘Jagga Jasoos’, Katrina and Ranbir stepped out ‘holding hands’.

Anurag Basu shared the news of wrapping up the film’s shooting by posting two photos of the actors on Twitter on Monday. 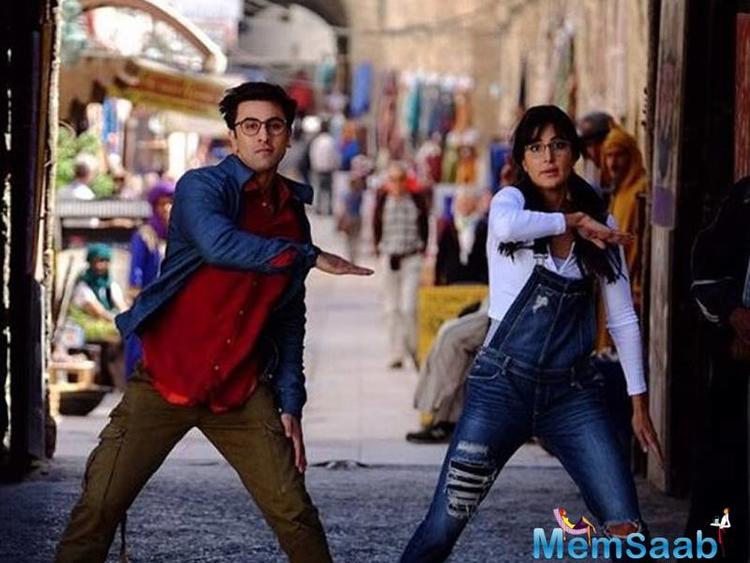 In This Image: Katrina Kaif, Ranbir Kapoor
In one photo, Basu used their childhood photos and morphed. The other one showed the actors smiling and stepping out of the studio holding hands. 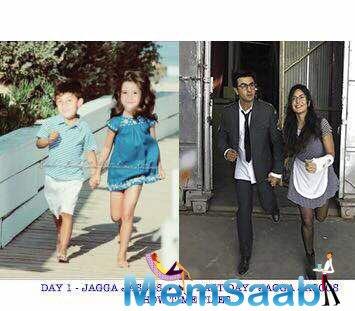 In This Image: Katrina Kaif, Ranbir Kapoor
According to reports, the film has been in the making for over four years. It was slated to release on April 7. Said to be a family holiday film, it tells the story of a teenage detective in search of his missing father.