Ranbir Kapoor and Alia Bhatt to tie knot in two...

Whenever we hear about any relationship in the tinsel town, the news of their marriage automatically follows them and Ranbir Kapoor and Alia Bhatt are no different. We had earlier reported that when Alia was spotted at the Mumbai airport, a photojournalist asked her if they are getting married in January 2020. After which she burst into laughter and very shyly nodded no. But the latest news we have heard, it seems Ranbir and Alia will get married this year itself. That’s right! Bollywood and the whole world, you might have to gear up for another big wedding.

According to the latest reports in iDiva, it is reported Ranbir and Alia are actually getting hitched in France in November which means just two weeks from now. 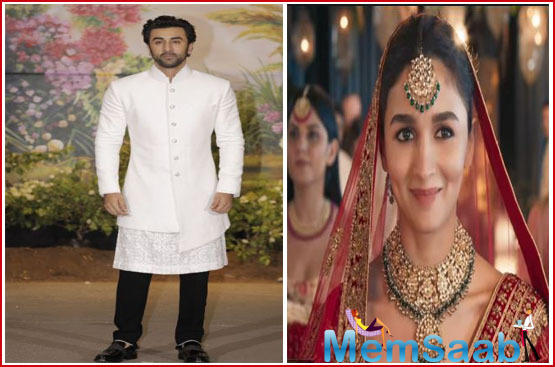 In This Image: Ranbir Kapoor, Alia Bhatt
This story doesn’t end here, the report further reported that Kapoor and Bhatt both of them have been busy with ace designer Sabyasachi Mukherjee for their wedding ensembles. Well, this came as no surprise knowing how he gave a major contribution in making a dreamy wedding for Bollywood power couples, Anushka Sharma-Virat Kohli, Deepika Padukone-Ranveer Singh and Priyanka Chopra-Nick Jonas.

The publication also reported about their wedding delicacies as they are going the Virushka way. 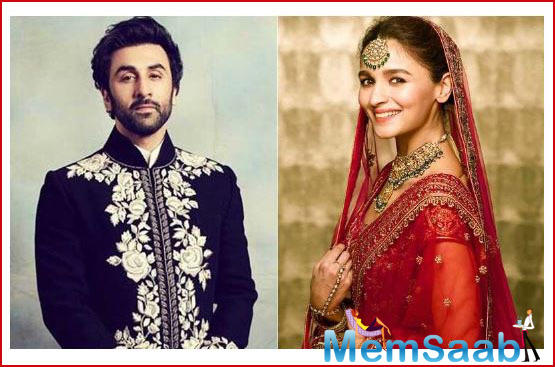 In This Image: Ranbir Kapoor, Alia Bhatt
The duo has approached Chef Ritu Dalmia who also had organized the food delicacies and catering services at Virat-Anushka’s grand wedding in Tuscany. Well, if this is news is all true then we certainly can’t wait to see their first wedding invitation and wedding pictures, what say?

Meanwhile, Ranbir and Alia are going to share the screen space with each other for the first time in Brahmashtra. 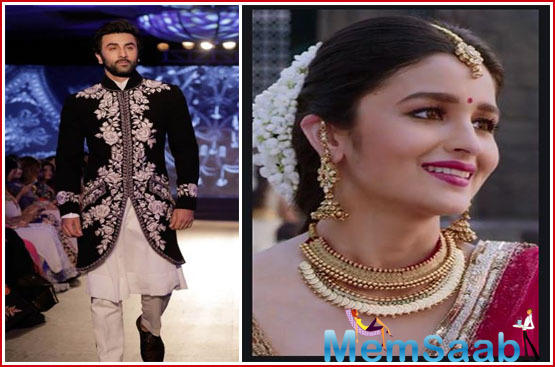 In This Image: Ranbir Kapoor, Alia Bhatt
The film is helmed by Ayan Mukerji and it also stars Mouni Roy, Amitabh Bachchan and Nagarjuna. The film’s first logo was released during Khumb Mela and is scheduled to hit the big screens on Christmas 2019.