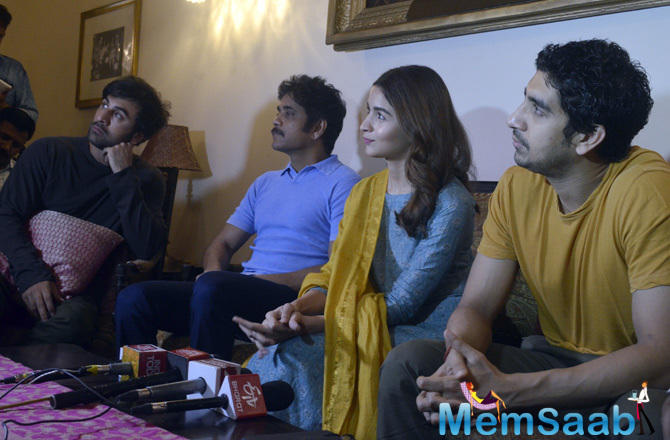 In This Image: Ranbir Kapoor, Alia Bhatt, Nagarjuna, Ayan Mukerji
The event was held in Varanasi, where the team is currently shooting for Brahmastra along with director Ayan Mukerji. Written and directed by Ayan Mukerji, Brahmastra is a three-part fantasy film that stars megastar Amitabh Bachchan.

A source has learnt that Ranbir Kapoor will be seen playing a DJ in the Amitabh Bachchan and Alia Bhatt starrer. 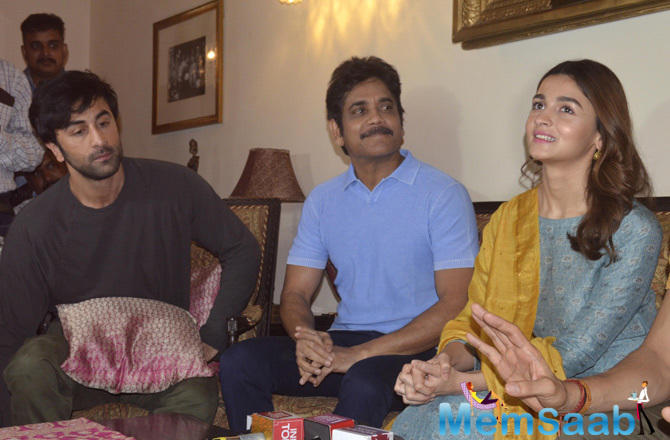 In This Image: Ranbir Kapoor, Alia Bhatt, Nagarjuna, Ayan Mukerji
A source revealed, “Ranbir plays a DJ who walks out of his house against his father’s wishes. The story then traces his journey as he tries to fulfil his dreams and discovers his superpowers in the process.”

It is known that every character in the film possesses superpowers, with Kapoor’s character believed to have the power to unleash fire from his palms. 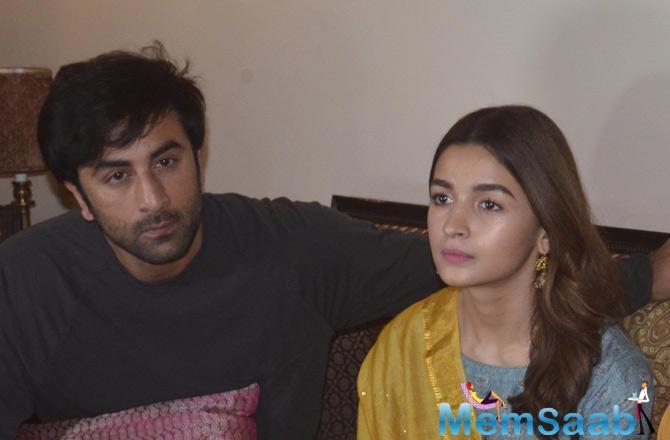 In This Image: Ranbir Kapoor, Alia Bhatt
The actor has undergone training in various forms of martial arts for the role. “The film has some high octane action sequences. Ranbir trained in traditional Indian martial arts, including Kalaripayattu and Varma Kalai, before the film went on floors in 2017,” added the source. The fantasy drama film, which was initially scheduled to release around Christmas this year, will now hit the big screens in summer 2020. Ayan announced the news on his Instagram account.