At Shloka Mehta and Akash Ambani’s pre-wedding bash, at Switzerland, Karan Johar took to stage with lovebirds Alia Bhatt-Ranbir Kapoor to tease them about their brewing romance and also said, we are “inspiring” them for marriage, at the same time, hinting Alia that do it before Ranbir runs away 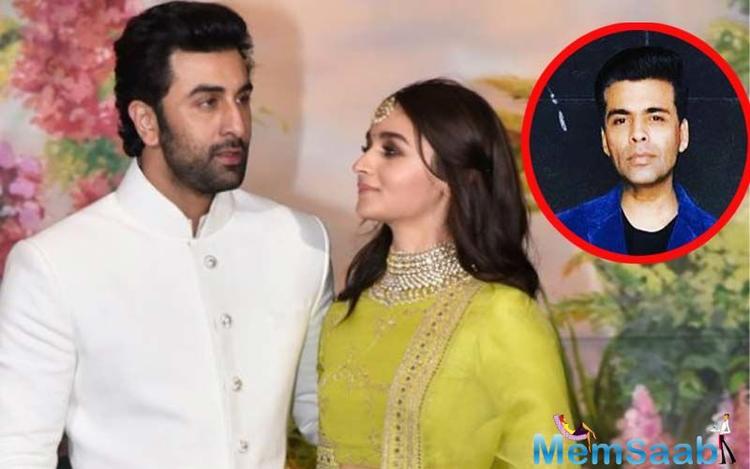 Karan started off by addressing Ranbir and Alia’s pairing as Rab Ne Bana Di Jodi, and further added we all are trying to inspire them to get married soon. 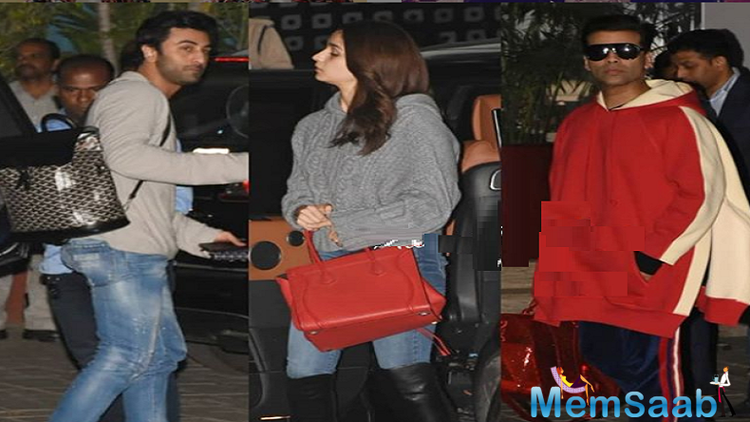 In This Image: Alia Bhatt, Ranbir Kapoor, Karan Johar
And then KJo passed a comment, which not only made the crowd burst into laughter, but got us curious too. Karan said, “kyunki you never know with Ranbir, woh kabhi bhi haath se jaa sakta hai” Well, that sounded more like an advice from Karan to Alia than a candid statement.

Nonetheless, the moment was adorable, and at least it clears the air that the duo is still very much together. 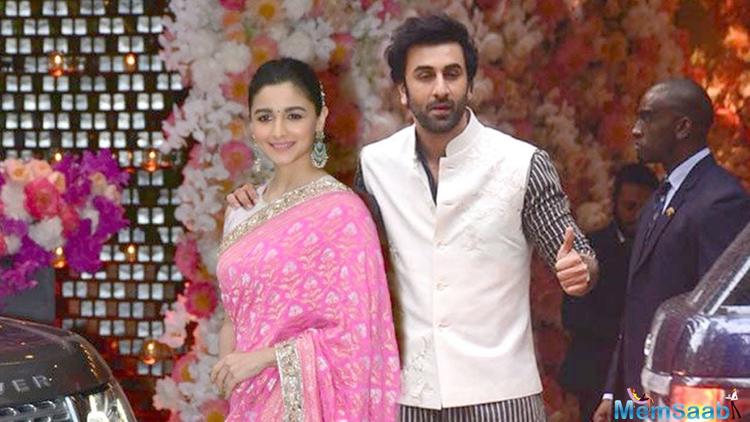 In This Image: Alia Bhatt, Ranbir Kapoor
There has been a strong buzz in the circuit about things being rough in couple’s la la land. However, their Valentine’s Day date and now their couple appearance at Akash-Shloka’s pre-wedding bash have put rumours to rest.

Coming to their marriage, now, we don’t know when will these two lovebirds (Alia-Ranbir) tie the knot, but as of now their romance is surely making headlines. 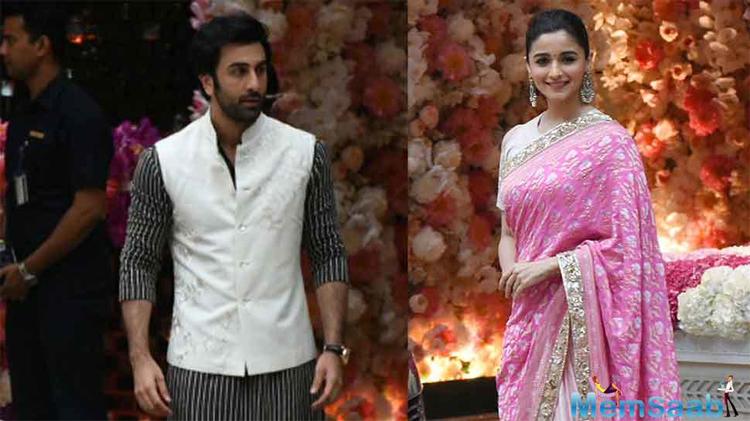 In This Image: Alia Bhatt, Ranbir Kapoor
And when you have Karan Johar standing beside you, one doesn’t need to put in a lot of effort to come in the limelight.