Rakul Preet Singh to reunite with Ajay Devgn and Sidharth...

by Angel Sharma 1 year ago1 year ago
8views
0

After working with Ajay Devgn in De De Pyaar De and Sidharth Malhotra in Marjaavaan, Rakul Preet Singh to reunite with the actors in the film. 2019 is turning out to be a very fruitful year for Rakul Preet Singh. She had a major success in the form of De De Pyaar De with Ajay Devgn, delivered another success with Sidharth Malhotra in Marjaavaan, and now is all set to reunite with both the actors in one film with this director.

Reportedly, Indra Kumar, who has cast Devgn and Malhotra for his next comedy, has signed Singh as the leading lady. 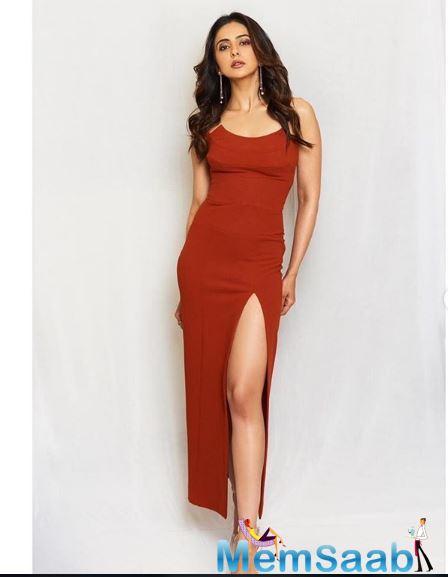 In This Image: Rakul Preet Singh
A source said, “Indra Kumar is planning a social comedy with Ajay and Sidharth in the lead. They were looking for a pretty actress who’s also a great performer to join the cast. Indra has now locked Rakul for the film. They feel she is the perfect choice for the role, which is also very performance-driven. From what is known, she plays Sid’s romantic interest in the project. It’s a huge ensemble which will also have two other young actors, apart from Ajay, Sid, and Rakul.”

Singh is also doing a romantic film with Arjun Kapoor that is being produced by John Abraham and Nikkhil Advani. 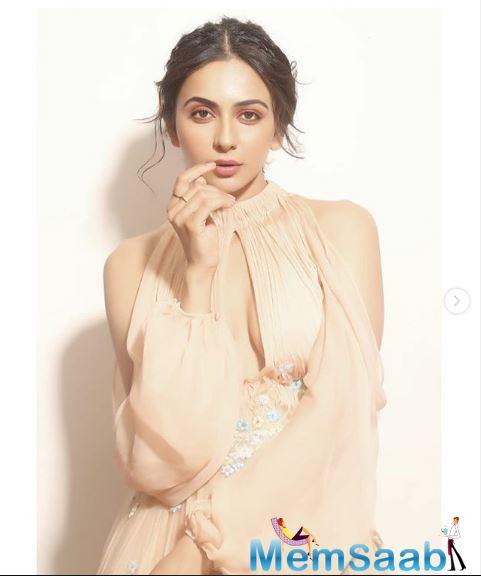 In This Image: Rakul Preet Singh
Coming to Malhotra, he finally had success in the form of Marjaavaan and is now gearing up for the biopic of Captain Vikram Batra, titled Shershaah, which also stars Kiara Advani.

As far as Devgn is concerned, he seems to be far ahead of all his contemporaries and the young guns of Bollywood if we talk about the number of films one has in his Kitty. 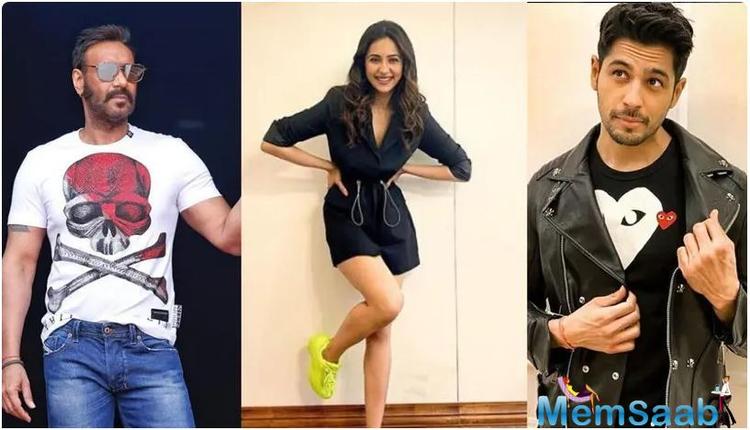 In This Image: Rakul Preet Singh, Ajay Devgn, Sidharth Malhotra
He has Tanhaji: The Unsung Warrior coming up on January 10, 2020, after which he’ll gear up for Maidaan, releasing on November 27, RRR, coming out on July 30, Bhuj: The Pride of India releasing on August 14, and Gangubai Kathiawadi releasing on September 11. And of course, he also has a cameo in Akshay Kumar’s Sooryavanshi where he’ll return as Bajirao Singham. And for Diwali 2021, he’s touted to reunite with Rohit Shetty to give the audience Golmaal Five. Now that’s what we call a line-up!