Rajkummar Rao took to Instagram to re-post a picture shared by his ladylove Patralekhaa.

In the picture, Rajkummar is seen looking at Patralekhaa with all the love in his eyes. 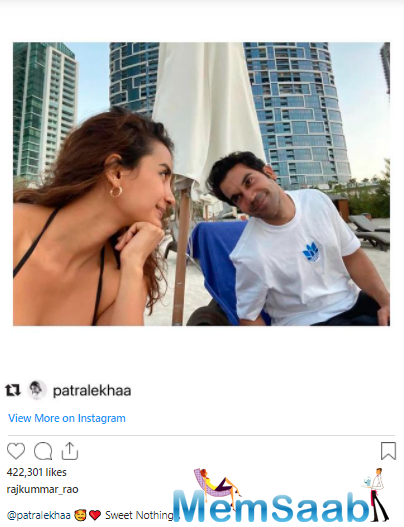 In This Image: Rajkummar Rao, Patralekhaa
The ‘Stree’ actor also added an adorable caption to the post which read, “@patralekhaa Sweet Nothings.” Soon, Priyanka Chopra commented on Rajkummar’s post. She wrote, “Cuties” along with a red heart emoji, in the comment section.

Meanwhile, Rajkummar and Priyanka will be sharing screen space in their upcoming film which is all set to release in January 2021. 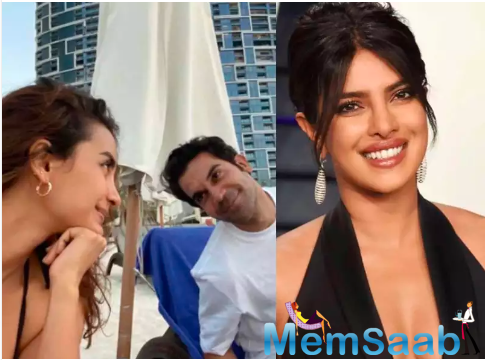 In This Image: Rajkummar Rao, Patralekhaa, Priyanka Chopra
On the other hand, Rajkummar is currently enjoying the release of his film ‘Chhalaang’ co-starring Nushrratt Bharuccha and helmed by Hansal Meta. He was last seen in ‘Made In China’ with Mouni Roy.