The 1st look showcases the adorable chemistry between the lead pair, where Kriti is seen kissing Sushant on his cheek as he carries her on his back 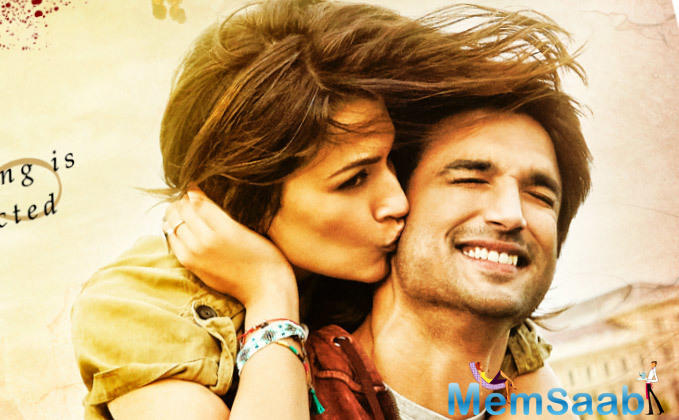 In This Image: Sushant Singh Rajput, Kriti Sanon
Kriti shared the 1st look on her twitter and captioned,”Something drew me to him, a connection that I cannot explain.. A #Raabta !! #RaabtafirstLook”

Sushant also shared the poster on twitter and wrote “I wonder if she felt the same way I did,like there was something more, some unexplainable connection,a #Raabta #RaabtaFirstLook @kritisanon” 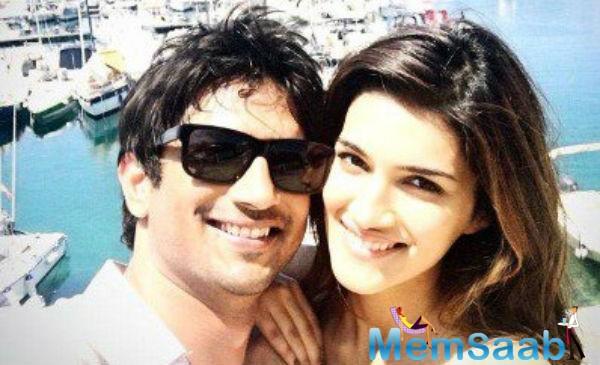 In This Image: Sushant Singh Rajput, Kriti Sanon
The film production began in 2015 and it was set to release in 2016. But the film was delayed for a year due to casting issues. In March 2016, a new release date of 9 June 2017 was announced.

The film will mark the directorial debut of producer Dinesh Vijan. ‘Raabta’ is being produced by Maddock films and T-Series. The trailer of the movie will be launched on April 17. 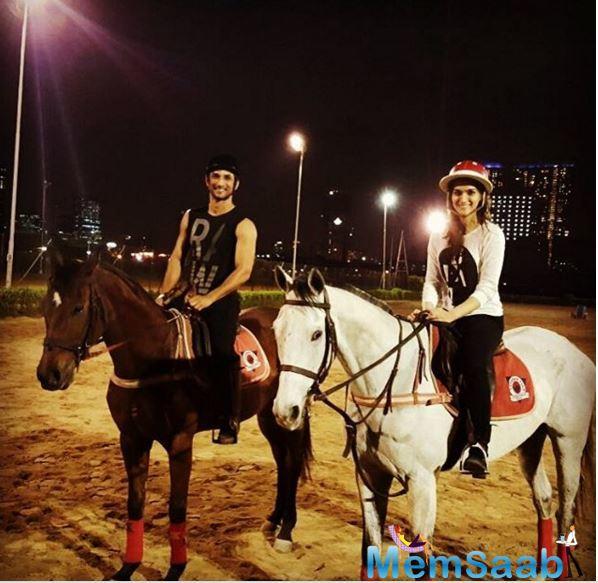 In This Image: Sushant Singh Rajput, Kriti Sanon
After Raabta Sushant is lined up with Romeo Akbar Walter The film is based on true events from 1971. Romeo Akbar Walter is being helmed by Robby Grewal and is slated to hit the theaters in 2018.