Priyanka revealed the first poster of Quantico season 2 on Instagram on Wednesday. 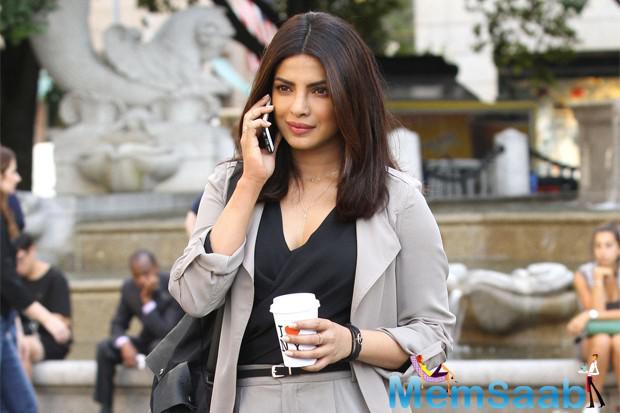 In This Image: Priyanka Chopra
After the roller coaster events of Season 1, in which she cleared her name, saved millions of lives, and discovered the mastermind behind it all was the very man who had trained her at Quantico, American hero Alex Parrish (played by Priyanka Chpra) was given a shocking reward: She was fired by the FBI. But in the final moments of the season finale, she was given the chance to serve her country again: in the clandestine ranks of United States’ top intelligence agency, the CIA.

Priyanka Chopra tweeted this first look of Quantico Season 2, saying, “From the FBI to the CIA… #AlexParrish is back! New story, new look & lots of new faces! Season…” 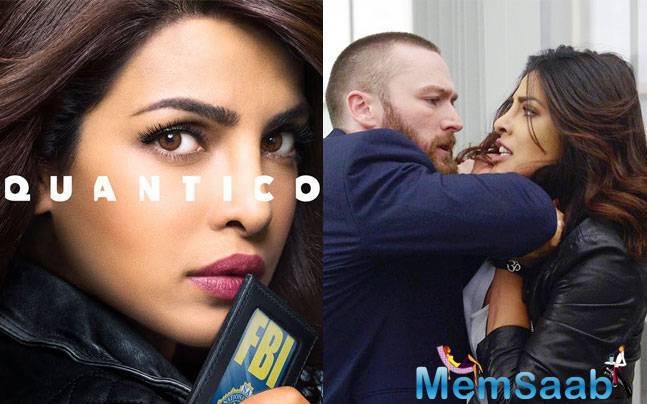 In This Image: Priyanka Chopra
When Season 2 begins, Alex finds herself at “The Farm,” the CIA’s mysterious training facility. As Alex navigates the dark world of espionage, far different and more dangerous than what she’s learned before, she’s pulled into the center of a deadly conspiracy that not only threatens the lives of this country’s citizens, but the lives of countless others across the globe. This conspiracy calls everyone around her into question, be it new faces from the CIA or old ones from the Bureau. Prepare yourselves for another thrilling and heart-stopping adventure loaded with surprises you won’t see coming…

In the poster, Priyanka features with actor Jake McLaughlin, who plays Ryan Booth in the show. She will reprise her role as a former FBI recruit-now-CIA agent Alex Parrish in season 2. 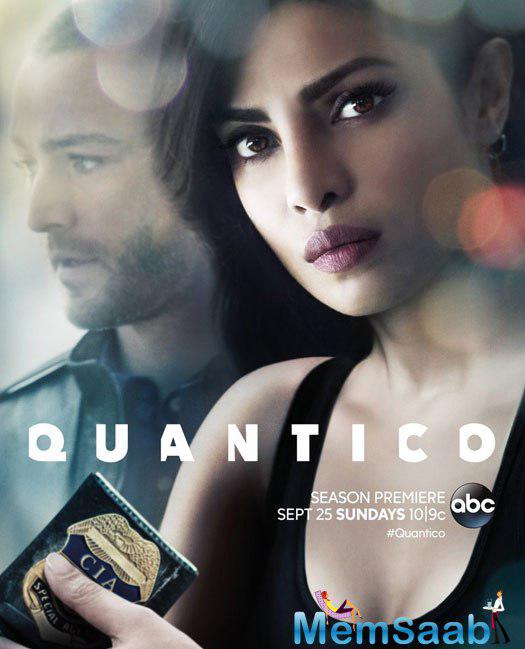