Priyanka wraps up shooting of The Sky is Pink, shares...

After elaborate shooting schedules across London, Andaman & Nicobar Islands and Mumbai, Priyanka Chopra Jonas wrapped up the shoot of The Sky Is Pink. 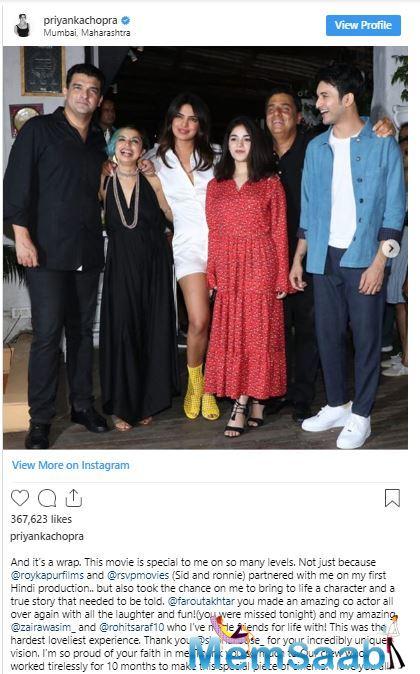 In This Image: Priyanka Chopra, Siddharth Roy Kapur, Zaira Wasim, Rohit Saraf
Expressing her love for the movie and the kind of bond she shared with her co-actors, Chopra wrote, “And it’s a wrap. This movie is special to me on so many levels. Not just because Siddharth Roy Kapur and RSVP movies (Sid and Ronnie) partnered with me on my first Hindi production.. but also took the chance on me to bring to life a character and a true story that needed to be told.”

“Farhan Akhtar you made an amazing co-actor all over again with all the laughter and fun! (you were missed tonight) and my amazing Zaira Wasim and Rohit Saraf who I’ve made friends for life with! 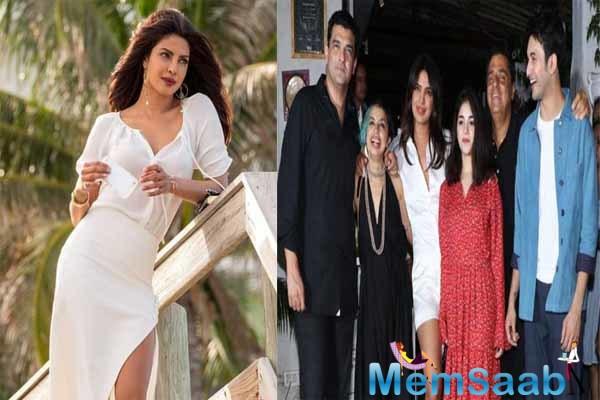 In This Image: Priyanka Chopra, Siddharth Roy Kapur, Zaira Wasim, Rohit Saraf
This was the hardest loveliest experience. Thank you, Shonali Bose, for your incredibly unique vision. I’m so proud of your faith in me. Thank you so much to Our crew who worked tirelessly for 10 months to make this special piece of cinema. I love you all. See u at the pictures!!!” she concluded.

The Mary Kom star posted a series of pictures where she can be seen posing with the entire crew including Zaira, Shonali, Siddharth, Rohit, Ronnie Screwvala. 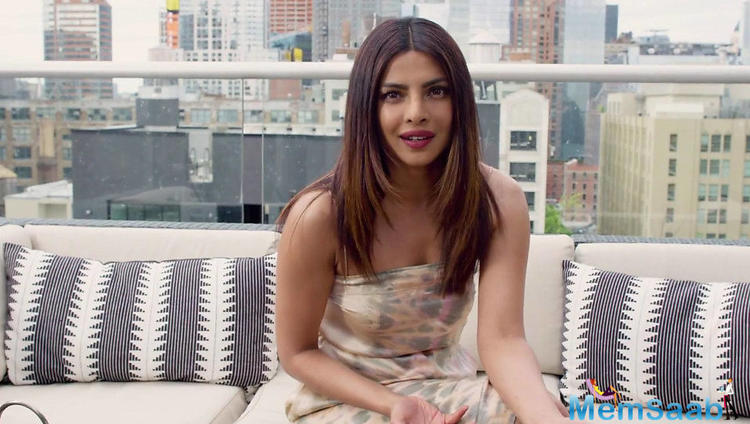 In This Image: Priyanka Chopra
In the other pictures, fans can catch a glimpse of the special multi-layer cake which is decorated well with the pictures clicked during the shoots and small camera miniatures. Farhan, however, was not seen at the bash.Speaking about the film, it is reportedly based on the life of motivational speaker Aisha Chaudhary, who became a motivational speaker after being diagnosed with an immune deficiency order at the age of 13. It is co-produced by Priyanka, Ronnie Screwvala and Siddharth Roy Kapur.