Priyanka Chopra surprises Nick Jonas with a huge cake that...

Earlier, a fan page had also shared a video of Priyanka Chopra and Nick Jonas celebrating the birthday Bollywood style and dancing to the song Hauli Hauli. Nick left us impressed with his moves!

Priyanka Chopra and Nick Jonas celebrated the latter’s 27th birthday with much grandeur! 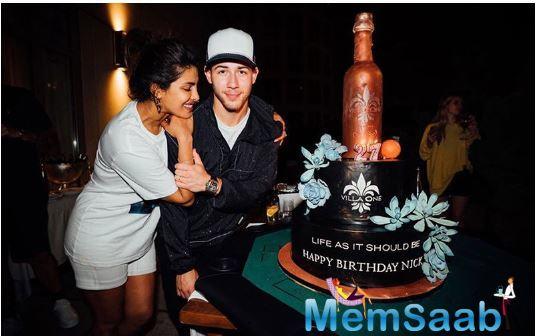 In This Image: Priyanka Chopra, Nick Jonas
Looks like Priyanka had a lot of things planned for his birthday, starting with the beautiful montage of their romantic moments that she posted on Instagram to wish Nick on his birthday! She left no stone unturned and made sure Nick had a memorable birthday. While on September 16, Nick Jonas had a concert and celebrated his special day with his fans at Happiness Begins tour, Priyanka Chopra made sure she was present. The Jonas Brothers and Priyanka also cut the cake onstage.

Nick Jonas’ grand birthday celebrations weren’t over just yet and now, a picture of Priyanka Chopra and Nick Jonas posing next to a gigantic bottle shaped birthday cake has surfaced online. 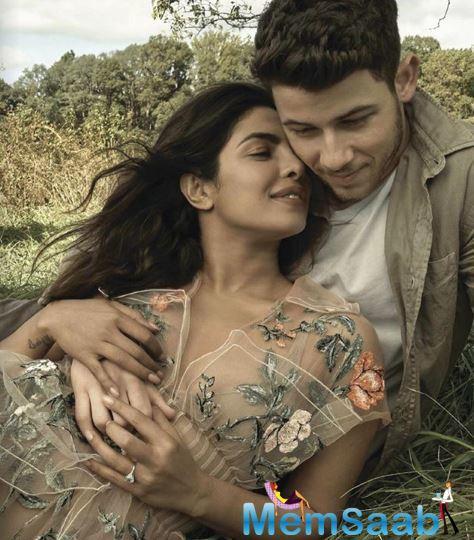 In This Image: Priyanka Chopra, Nick Jonas
The fancy cake definitely stole the show at Nick’s grand birthday bash! After Nick got a 24-carat gold plated cake on PeeCee’s birthday, looks like Priyanka too made sure to pull out all stops to make her hubby’s birthday a special one! Nick also took to Instagram to thank his fans for the outpouring of love and birthday wishes and wrote, “I’ve been lucky enough to celebrate my 27th birthday over the past couple of days with family, friends, and fans in Chicago and St. Paul. My beautiful wife surprised me with a touch football game with some of my closest friends and family on the one and only Soldier Field in Chicago (!!!) followed by a few hours of Topgolf, and then a party where pizza, tequila, cake, and cigars were involved. The next day we played a sold out show in St. Paul where so many of you brought birthday signs and sang me Happy Birthday on stage. I can’t thank you all enough for the outpouring of love and birthday wishes over the past couple of days. Means the world to have you all in my life. I’m endlessly grateful. Here’s to 27!”