Priyanka Chopra and Nick Jonas gave us major couple goals by recreating an iconic scene from William Shakespeare’s ‘Romeo and Juliet’ but with a twist and it is beyond adorable.

In This Image: Priyanka Chopra, Nick Jonas
Priyanka shared pictures from their romantic outing on her Instagram handle. In one of the photos, the two can be seen recreating a famous scene from ‘Romeo and Juliet’ giving it their own twist.

Tweaking the original version a bit, Nick can be seen standing in a balcony with a paper cup in his hand, while Priyanka looks at him from down below. 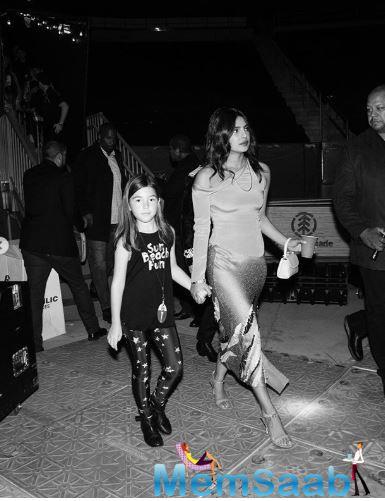 In This Image: Priyanka Chopra
She captioned the post, “Romeo oh Romeo.. and Ava drew #nightout.”From the picture, it is evident that Priyanka is the one who recreates Romeo’s role as she stands below calling out for Nick and the latter stands in Juliet’s place.

They were accompanied by a little girl, who can also be seen in the picture, perhaps the Ava from Priyanka’s caption. 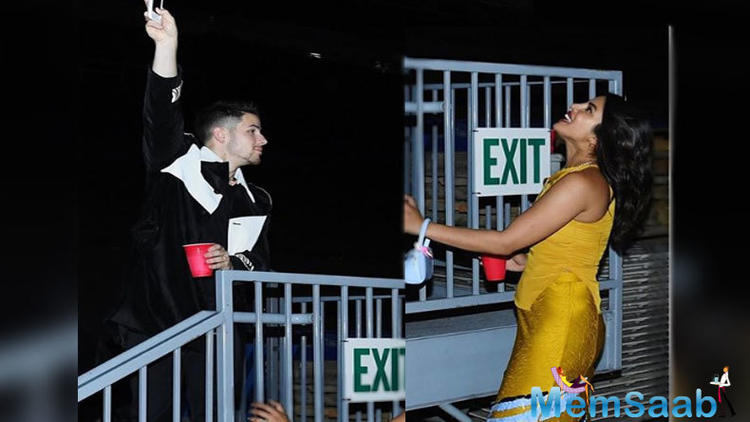 In This Image: Priyanka Chopra, Nick Jonas
Priyanka had accompanied Nick and his brothers Joe and Kevin to iHeart Radio’s Wango Tango concert on Sunday night. The Jonas Brothers performed their hit new singles at the concert in California, reported E! News.

The 36-year-old actor was seen in a bright yellow top and skirt while the singer wore a black jacket and black pants to the concert. 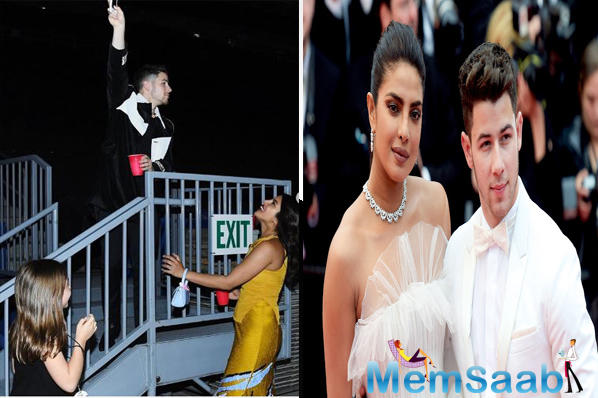 In This Image: Priyanka Chopra, Nick Jonas
Meanwhile, on the work front, Priyanka is all set to make her Bollywood comeback with Shonali Bose’s ‘The Sky Is Pink’. Apart from that, she has also collaborated with American actor Mindy Kaling for a wedding comedy. On the other hand, Nick recently reunited with his brothers Joe and Kevin and the Jonas Brothers have since been giving hit singles. Their first comeback song ‘Sucker’ was a major hit. The band’s new album ‘Happiness Begins’ is set to release on June 7.