After slaying at Oscars and Golden Globes, the actress has made a lot of buzz with her experimental look at Met Gala.

Priyanka Chopra and her fashion risks deserve a separate film of their own. 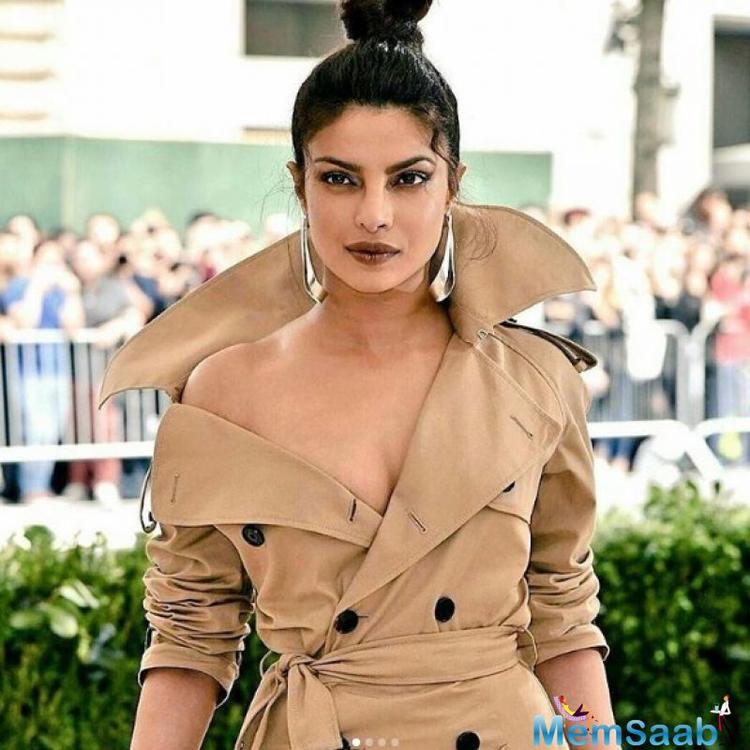 In This Image: Priyanka Chopra
The actress not just upped her fashion game at the Met Gala 2017 but also reinvented what we thought is merely a winter garment, the trench coat.

You can just say Wow! This trench coat is apparently the world’s longest. 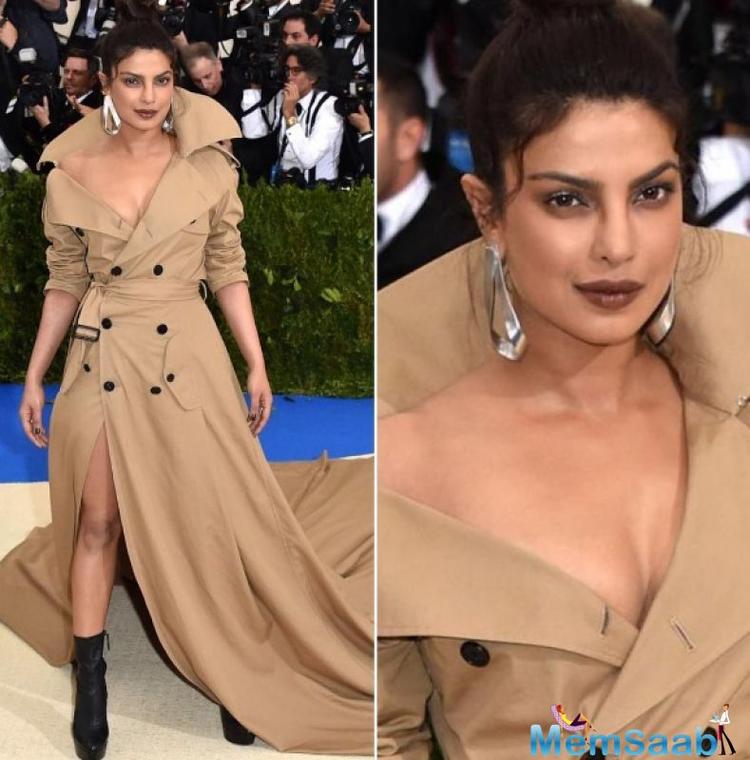 In This Image: Priyanka Chopra
With hair tied up in a clean, high bun, dramatically ever-lasting train of her trench coat and ankle-length boots, Madame is emanating fireballs and making heads turn.

The custom Ralph Lauren outfit, which required a helper to take her up the stairs, has fetched PeeCee international fame and some of the prestigious Fashion & Lifestyle magazines have featured her in their best dressed category. 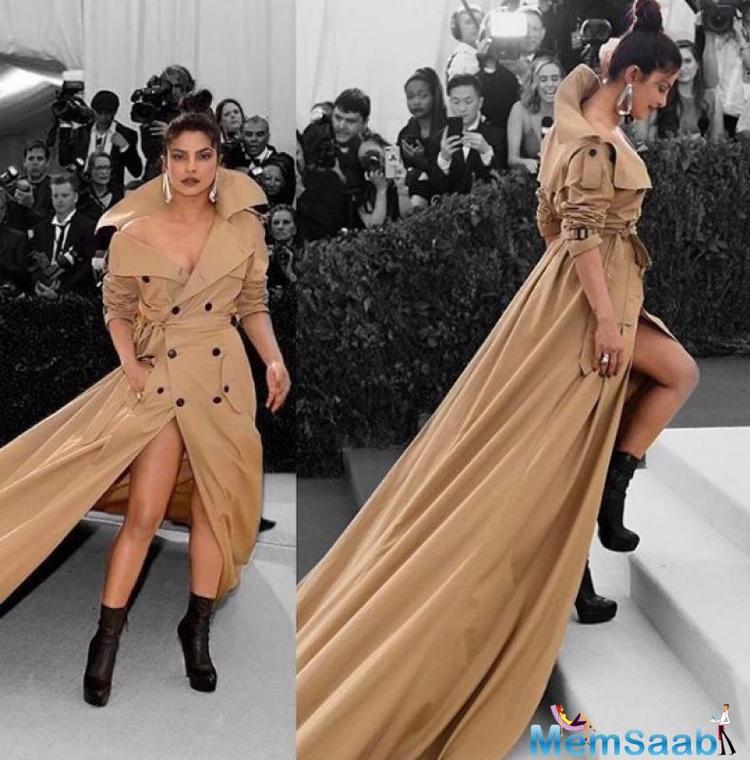 In This Image: Priyanka Chopra
A cover with a leading magazine may be? Even better, a second Hollywood flick? We are already beyond excited! On the work front she is promoting Baywatch and will also soon sing three Bollywood films.