Priyanka Chopra Jonas unveils the first look of her memoir;...

Priyanka Chopra Jonas unveils the first look of her memoir; says ‘we all have a different story to tell, this is my story and I am Unfinished’

Meanwhile, on the film front, Priyanka was last seen in ‘The Sky Is Pink’ with Farhan Akhtar and Zaira Wasim.

Priyanka Chopra Jonas, who is quite active on social media, has taken to her Instagram handle to share the cover picture of her memoir ‘Unfinished’. 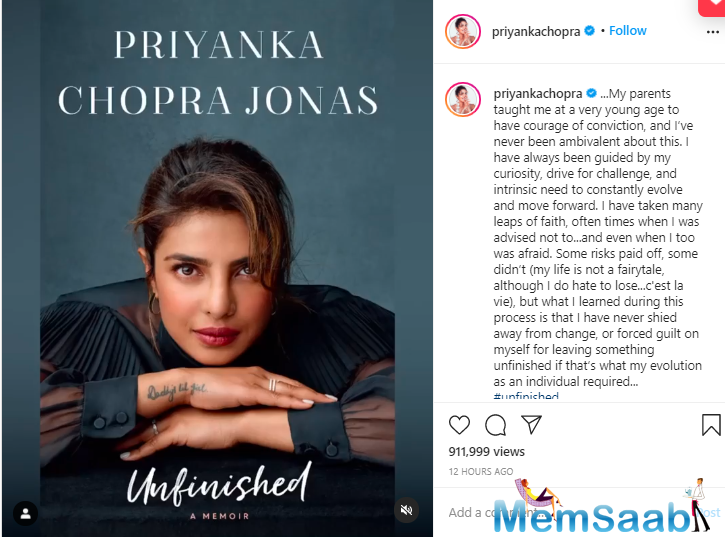 In This Image: Priyanka Chopra
The actress looks undeniably gorgeous on her book’s cover. In the picture, she can be seen sporting a black dress while striking a pose for the camera. She can also be seen showing off her ‘Daddy’s lil girl..’ tattoo.

Along with the picture, she also wrote a long heartfelt note. She revealed she named her memoir years before she started writing it. 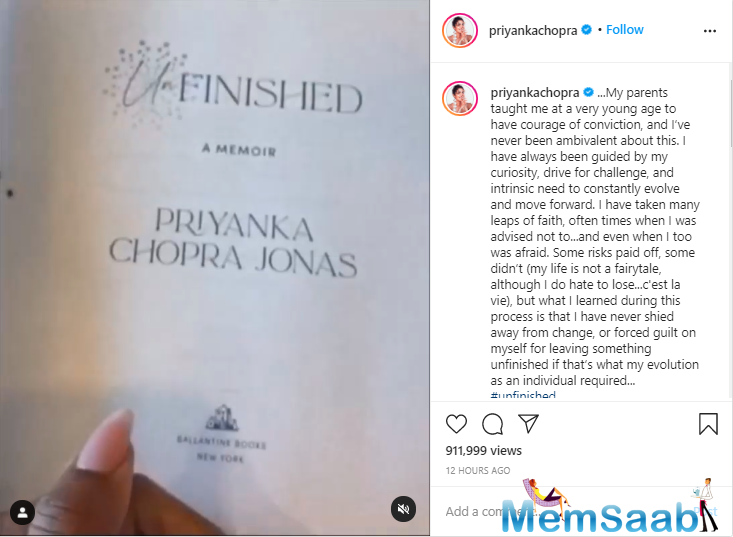 In This Image:
Her post read, “Ironically, I named this memoir year before I started writing it. Having been a public person now for 20 years, with so much life to live and a long list of things to check off my list personally and professionally, I am very much #Unfinished. BUT the funny thing about writing a memoir is that it forces you to look at things differently, reconciling so many things you thought you had put to bed. In doing so I’ve realized that being “unfinished” has deeper meaning for me, and has in fact been one of the most common threads of my life.”

She also shared a glimpse of her book and posted it with a sweet note. 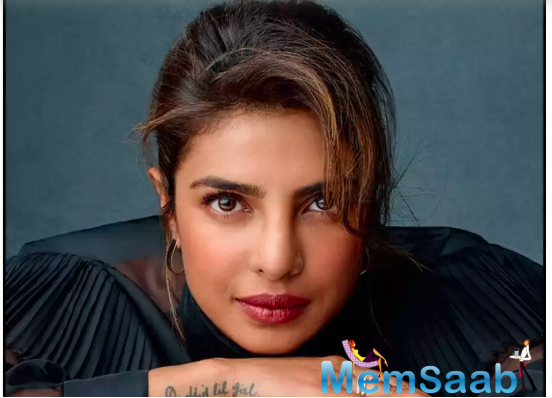 In This Image: Priyanka Chopra
She wrote, “My parents taught me at a very young age to have courage of conviction, and I’ve never been ambivalent about this. I have always been guided by my curiosity, drive for challenge, and intrinsic need to constantly evolve and move forward. I have taken many leaps of faith, often times when I was advised not to…and even when I too was afraid. Some risks paid off, some didn’t (my life is not a fairytale, although I do hate to lose…c’est la vie), but what I learned during this process is that I have never shied away from change or forced guilt on myself for leaving something unfinished if that’s what my evolution as an individual required. #unfinished”.