Priyanka Chopra Jonas heads off to Toronto for The Sky...

Priyanka Chopra Jonas and Farhan Akhtar starrer The Sky Is Pink is off to a start that most filmmakers only dream of. The Shonali Bose-directed venture will have its world premiere at the Gala presentation of the 44th Toronto International Film Festival (TIFF) on September 13, joining the likes of Hollywood’s acclaimed projects, A Star Is Born (2018) and Green Book (2018), that have previously held the honour.

Deeply attached to the material of The Sky Is Pink, the director is glad that her human drama will be showcased on such a wide platform. 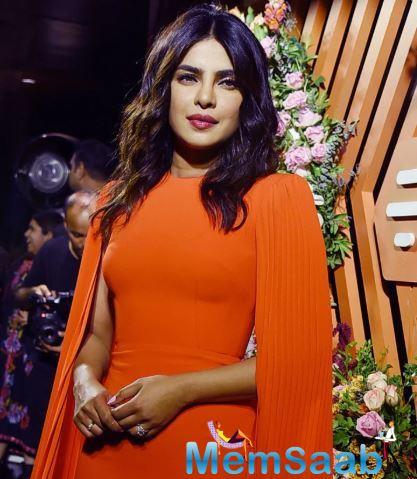 In This Image: Priyanka Chopra
“At its core, this is an extraordinary story of what it means to be a family. I am honoured that the film will premiere at TIFF — my third film to premiere there,” she exults.

The movie traces the love story of a couple — Aditi and Niren Chaudhary — spanning 25 years, told through the lens of their spunky daughter, Aisha Chaudhary, who was diagnosed with a terminal illness. 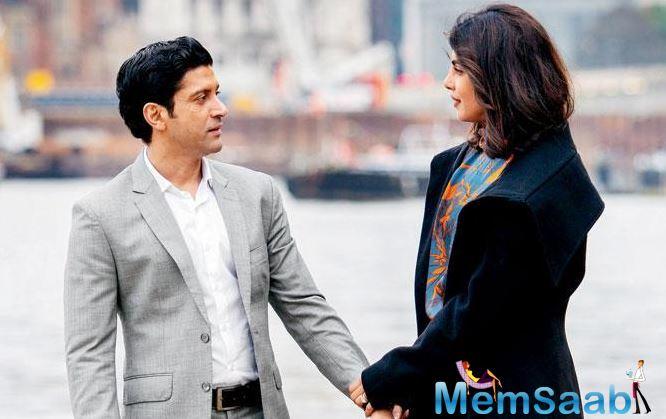 In This Image: Priyanka Chopra, Farhan Akhtar
Besides its moving narrative, the movie has also been awaited as it marks Chopra’s return to Bollywood after three years. That she has immense faith in the project is evident by the fact that she decided to co-produce it. “I connected with the story from the minute I heard it, and in Shonali’s hands, it has been crafted into a beautiful film that will renew our faith in love and life. It’s what led me to not only take on the role of Aditi Chaudhary but also to co-produce it with Ronnie [Screwvala] and Siddharth [Roy Kapur].”

Producer Screwvala says, “It is great to be back, especially after the love we received last year for Mard Ko Dard Nahin Hota. We take great pride in presenting our film at TIFF.” 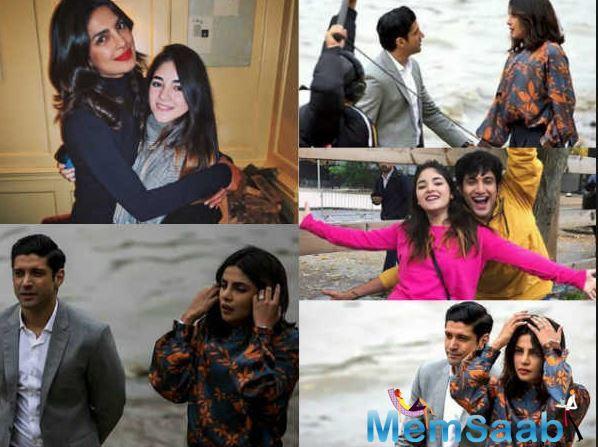 In This Image: Priyanka Chopra, Farhan Akhtar, Zaira Wasim
Producer Roy Kapur adds, “From the moment Shonali shared this incredible story with us, we knew that it had the potential to resonate with audiences around the world.”