Nick Jonas and Priyanka Chopra have been shelling out major couple goals for a long time now.

The duo celebrated their second wedding anniversary by sharing posts dedicated to each other on social media. 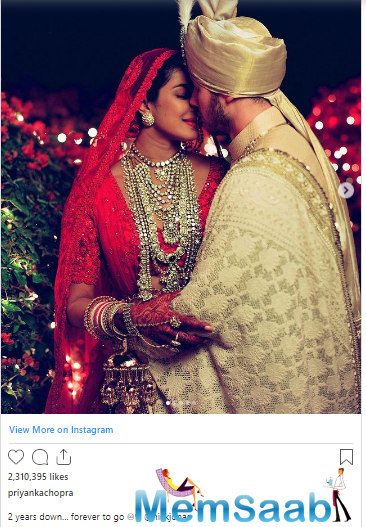 In This Image: Nick Jonas, Priyanka Chopra
The couple sparked off their dating rumours when they walked the red carpet together at the Met Gala in the year 2017.

Now, Nick took to Instagram to post pictures from their Hindu marriage ceremony and wrote a heartfelt caption for his wifey Priyanka. 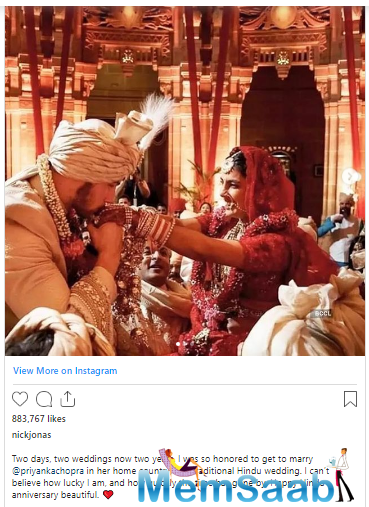 In This Image: Nick Jonas, Priyanka Chopra
He captioned, “Two days, two weddings now two years. I was so honored to get to marry @priyankachopra in her home country, in a traditional Hindu wedding. I can’t believe how lucky I am, and how quickly the time has gone by. Happy Hindu anniversary beautiful. ”

Soon, Priyanka dropped a sweet comment on his post. She wrote, “My real life Bollywood Hero! I love you handsome” 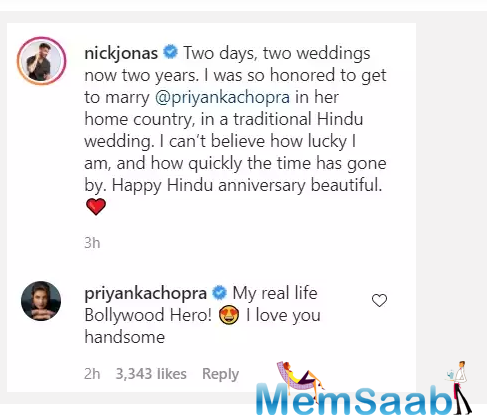 In This Image:
Earlier, Priyanka shared a post and captioned, “2 years down… forever to go @nickjonas.”