Priyanka Chopra Jonas and Nick Jonas are one of the most romantic couples. Their social media is all about love and living life to the fullest. On Friday, American pop-singer Nick Jonas shared a series of images from his and wife Priyanka’s date night in Italy.

Nick Jonas shared the videos and pictures of themselves learning to make pasta with the chef around. 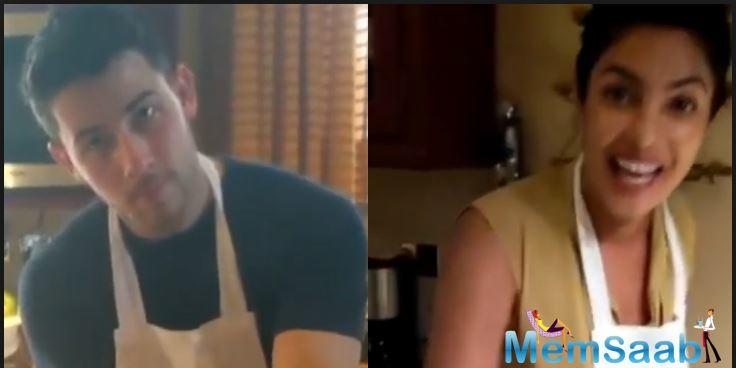 In This Image: Priyanka Chopra, Nick Jonas
He captioned the pictures and videos as: “Date night cooking extravaganza.” In one video, Priyanka can be seen stirring pasta sauce in a pan on the stove with a glass of wine. She is seen explaining how she can’t cook but when the chef is around to teach them, she feels that she can. She also tells Nick that it’s good to have him around so that he can see that she at least tried.

Another video has the 26-year-old singer preparing pasta from scratch. He is seen making the dough with the help of a pasta cutting machine. 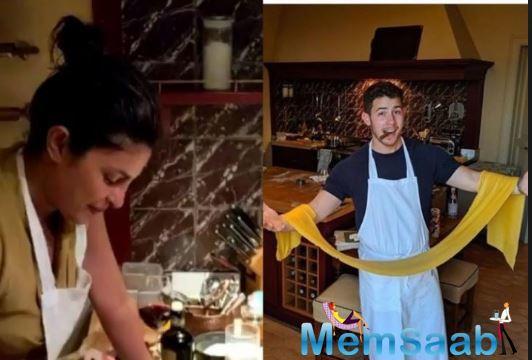 In This Image: Priyanka Chopra, Nick Jonas
There are also images of the couple happily posing for the camera with their self-made pasta sheets. Last week, the couple attended the high-profile wedding of their Joe Jonas and Sophie Turner in Paris. This was Joe and Sophie’s second wedding after their secret wedding in Las Vegas the previous month. In fact, in one of the interviews to an international media organisation, Papa Jonas said that he learned about his son’s wedding through the internet and had no clue about it.

Priyanka and Nick are quite active on Instagram, and since their wedding, have been painting the internet red with their social media PDA, photos and videos, giving everyone major couple goals. 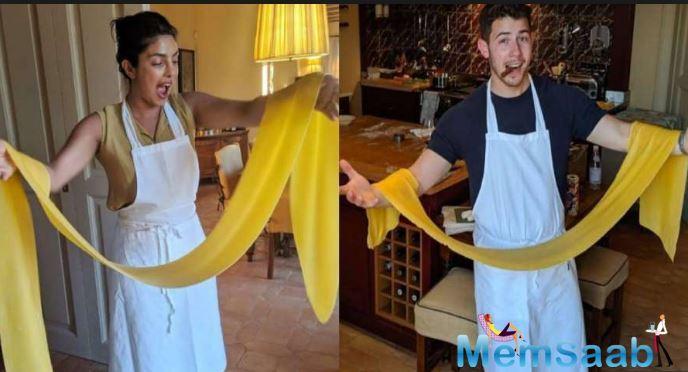 In This Image: Priyanka Chopra, Nick Jonas
The two also never fail to support each other when it comes to their professional endeavours by giving social media shout-outs and attending each other’s work events together.

On the work front, Priyanka Chopra will be next seen opposite Farhan Akhtar in The Sky Is Pink. 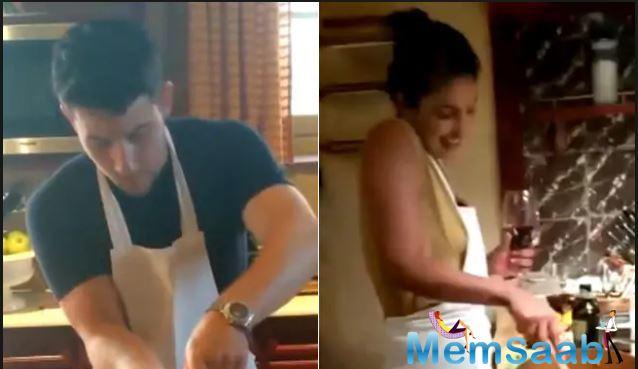 In This Image: Priyanka Chopra, Nick Jonas
The film is based on the life of Aisha Chaudhary, who became a motivational speaker after being diagnosed with an immunodeficiency disorder at the age of 13. It is co-produced by Priyanka, Ronnie Screwvala and Siddharth Roy Kapur. She has also announced an India-set wedding comedy in which she will collaborate with writer-actor Mindy Kaling.