Priyanka and Nick Jonas’ in Goa, Does all the family...

Priyanka and Nick Jonas’ in Goa, Does all the family get-together indicate a possible engagement soon?

Gossip mills are abuzz with Priyanka Chopra and Nick Jonas’ dating each other. What added more fuel to the fire was Priyanka bringing Nick to Mumbai to meet her mother Madhu Chopra.

On Saturday night, the actress hosted a party on her arrival to Mumbai with Nick Jonas, and was attended by the likes of cousin Parineeti Chopra and Alia Bhatt, Srishti Behl and Mushtaq Shiekh. 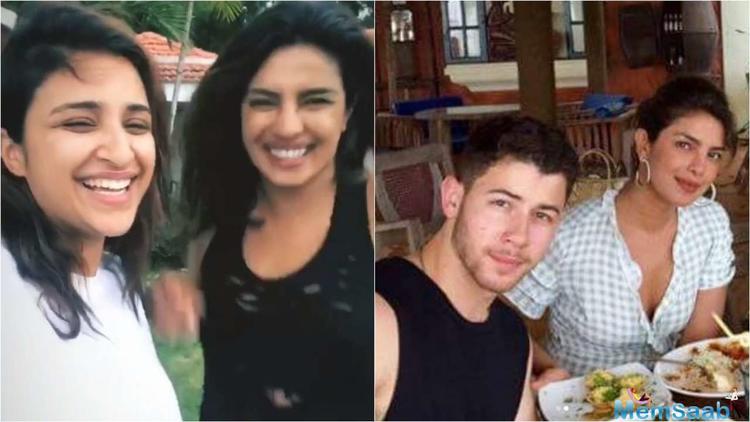 In This Image: Priyanka Chopra, Parineeti Chopra, Nick Jonas
Later, the rumoured lovebirds were spotted at Kalina’s Gate No 8 terminal from where celebrities fly off on private jets. The duo left for Goa. Priyanka and Nick were accompanied by former’s brother Siddharth and cousin Parineeti Chopra. The duo is seen having a gala time in Goa, as they binge on the local Goan delicacies. 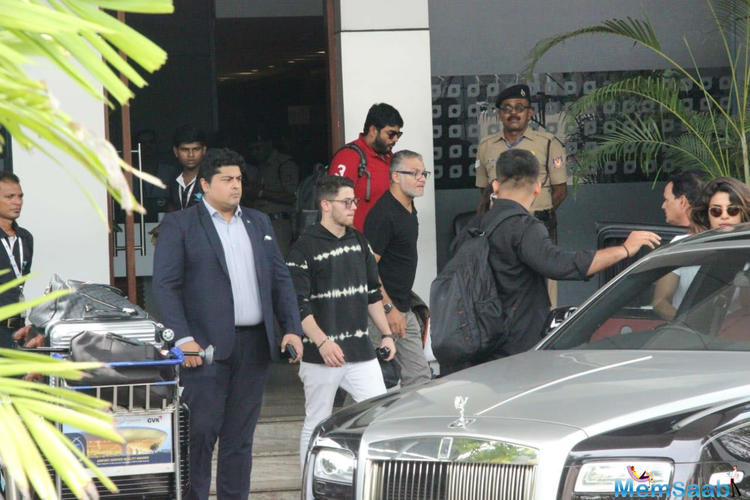 In This Image: Priyanka Chopra, Nick Jonas
Also, American singer-songwriter Nick Jonas, 25, took the huge step of sharing a post on Instagram of Priyanka Chopra, 35, on Friday. In the video, which was actually an Instagram story, Priyanka can be seen walking in a spaghetti strap top with a low-cut neckline, paired with a matching skirt. She can be seen smiling, which gets wider as she comes toward the camera, which is presumably operated by Jonas. His caption was ‘her’ followed by a heart-eye emoji.

Earlier this month, Priyanka met the singer’s extended family at his cousin’s wedding in New Jersey. 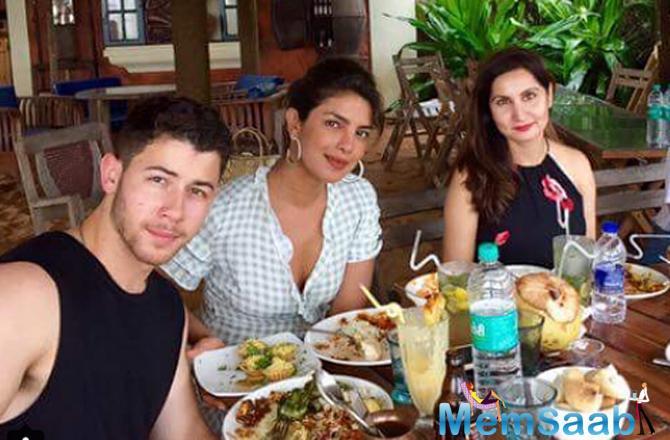 In This Image: Priyanka Chopra, Nick Jonas
The hitmaker and the actress arrived arm in arm for the family occasion. The two also spent Memorial Day weekend together, and have also been seen on dinner dates.