Pooja Bhatt lashes out at Social Media trolls in her...

Pooja Bhatt has lashed out at social media trolls in her series of tweets. The actress’ statements come after her family was hurled with abuses and hate online.

Ever since the unfortunate demise of Sushant Singh Rajput, a lot of filmmakers and actors have been facing the ire of social media users. 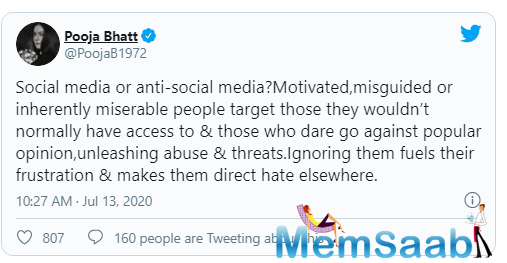 In This Image:
Recently, Shaheen Bhatt shared a string of abusive messages that she received on her Instagram account and also revealed how she would be initiating legal action. Her elder sister, actor, and filmmaker Pooja Bhatt, has now taken to her Twitter account to express her thoughts on the online hate her family has been subjected to over the past few weeks. Her first tweet was how social media is slowly turning into an anti-social media, misguided and miserable.

She also stated that it was not enough to block these abusers and these aggressive and abusive behaviours. 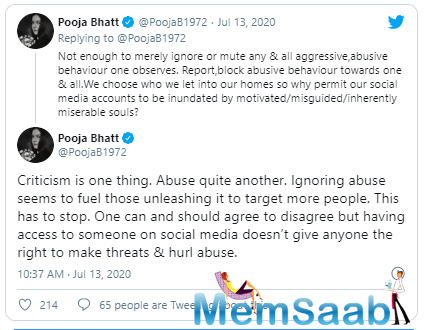 In This Image:
She wrote- “Not enough to merely ignore or mute any & all aggressive,abusive behaviour one observes. Report,block abusive behaviour towards one & all.We choose who we let into our homes so why permit our social media accounts to be inundated by motivated/misguided/inherently miserable souls?”

She also spoke about the thin line between criticism and abuse that often happens on social media. 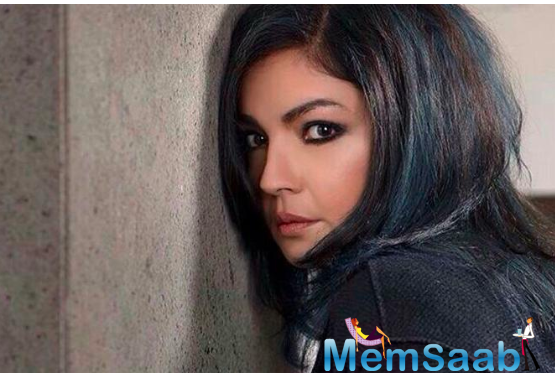 In This Image: Pooja Bhatt
Not only her family, as stated above, there are a lot of other actors and filmmakers that have been facing hate on social media for the last one month ever since the demise of Sushant Singh Rajput.