by Naved Qureshi 1 year ago1 year ago
1view
0

Ace director Ashutosh Gowariker is all set to narrate the historical Third Battle of Panipat on the celluloid with his upcoming high-octane period drama ‘Panipat’. Starring Arjun Kapoor as Sadashiv Rao Bhau, the film recounts the events that led up to one of the mightiest battles ever fought in the history of India.The film also stars Sanjay Dutt and Kriti Sanon in the lead roles. Sanjay Dutt plays the role of Afghan king Ahmed Shah Abdali, the opponent to Arjun’s Sadashivrao in the third battle of Panipat, which resulted in a huge defeat of the Maratha army.

Just a while ago, Arjun Kapoor took to his social media handles to share the first poster of the film. 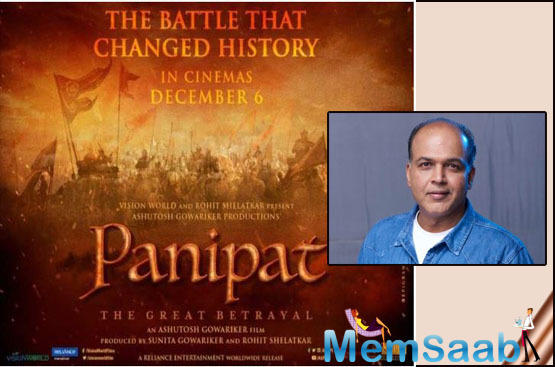 In This Image: Ashutosh Gowariker
The actor announced that the film will hit the screens next month on December 6. Sharing the poster, Arjun wrote, “Come Witness The Battle That Changed History, #Panipat. In Cinemas December 6th.”

Director Ashutosh Gowariker will be making his comeback with this period drama after his 2016 film ‘Mohenjo Daro’ starring Hrithik Roshan and Pooja Hegde failed to deliver at the box office. 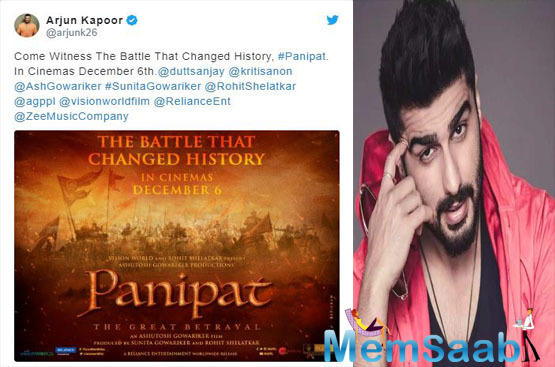 In This Image: Arjun Kapoor
Arjun has put all his effort into the project, from going through heavy workout routines for building his physique and even shaving his head bald. Produced by Sunita Gowariker and Rohit Shelatkar, ‘Panipat’ will hit the screens on December 6 this year. Veteran actress Padmini Kolhapure will also play a pivotal role in the film. Ajay Atul is composing the music for the film and the songs will be written by Javed Akhtar.