After unveiling the menacing first-look of Sanjay Dutt as Ahmad Shah Abdali from ‘Panipat’, the makers of the film have unveiled Kriti Sanon’s first-look poster as Parvati Bai.

Kriti who is known for her beauty and grace will be seen in a never seen before avatar for this periodic film. 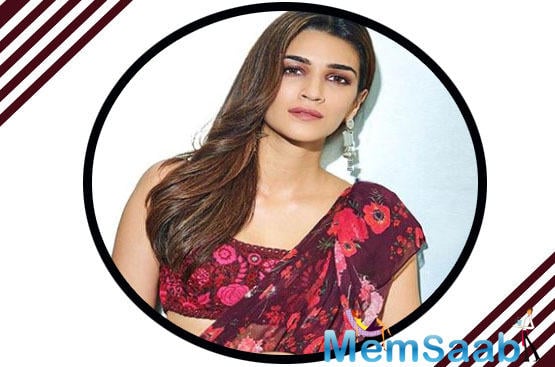 In This Image: Kriti Sanon
For the first time, Kriti will be a part of a period drama and the actress in the recently released first poster looks nothing but majestic as Parvati Bai.

Kriti was last seen in Akshay Kumar’s ‘Housefull 4’ and soon after the film’s release, she is now geared up for her next release, ‘Panipat’. 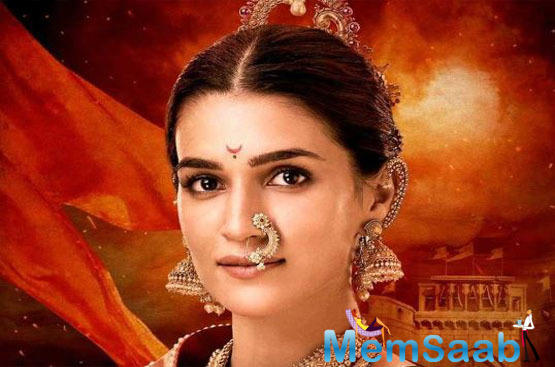 In This Image: Kriti Sanon
Kriti Sanon looks beautiful as she slays it in the traditional navari saree and those traditional Maharashtrain accessories are adding to her beauty. Arjun shared the first look of Parvati Bai and captioned, Parvati Bai – A True Queen Needs No Crown.” 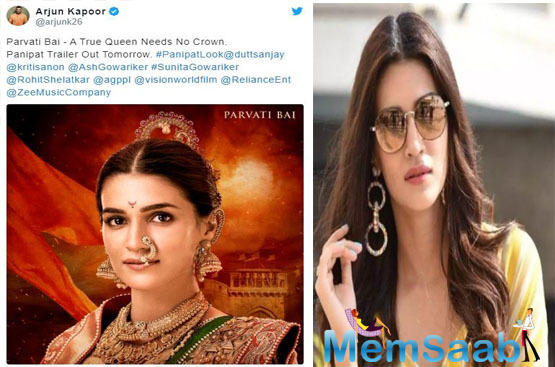 In This Image: Kriti Sanon
Yesterday, a special preview of the trailer was arranged for the star cast of the film and the trailer of the film starring Arjun Kapoor and Kriti Sanon in lead roles is expected to release on Tuesday. The film revolves around the betrayal of Maratha warriors during the third Battle of Panipat, which was one of the mightiest battles ever fought in the history of India. Apart from Arjun Kapoor, Kriti Sanon and Sanjay Dutt, veteran actress Padmini Kolhapure will also be seen after a long time on the silver screen. ‘Panipat’ will hit the screens on 6th December this year.