Not a cameo this time, Salman and SRK together for...

Not a cameo this time, Salman and SRK together for a Sanjay Leela Bhansali film?

Fans go berserk seeing the two big Khans of Bollywood- Salman and Shah Rukh together onscreen. We have seen the duo on reality shows and also making cameos of late in each other’s movies. 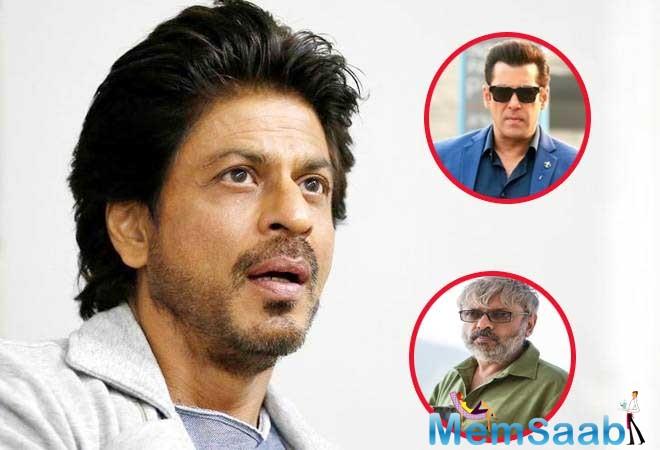 In This Image: Sanjay Leela Bhansali, Shah Rukh Khan, Salman Khan
Be it SRK’s cameo for Salman Khan-starrer Tubelight or Salman’s special appearance in the song Issaqbaazi for SRK-starrer Zero, whenever they appear onscreen, they create magic.

Now, the latest buzz has caught our fancy. According to a DNA report, Shah Rukh Khan may feature in an upcoming untitled Sanjay Leela Bhansali project that stars Salman Khan in it. 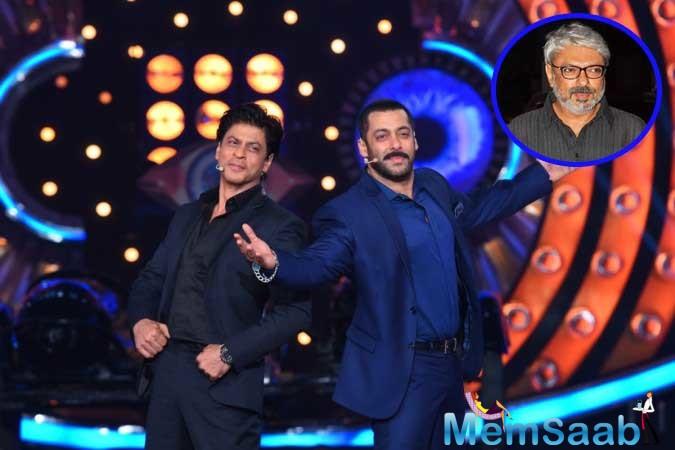 In This Image: Sanjay Leela Bhansali, Shah Rukh Khan, Salman Khan
“It is believed that Shah Rukh will also be roped in for a pivotal part in the Salman-Sanjay film. Considering that the last time the two superstars did a film together was Hum Tumhare Hain Sanam, notwithstanding SRK’s cameo in Tubelight and Salman’s in Zero, the two Khans in a Bhansali film will attract audiences to theatres,” says the source.

If indeed this happens, then it’s going to be a huge affair. Just imagine the power of SLB, Salman Khanand Shah Rukh Khan, all rolled up in one project. 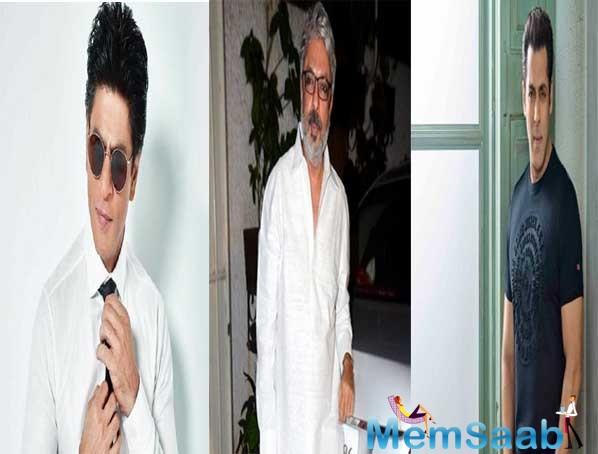 In This Image: Sanjay Leela Bhansali, Shah Rukh Khan, Salman Khan
Bhansali is known for his grandeur and his last few projects have struck gold, so if he manages to bring the two big Khans for his forthcoming flick, it’s going to be a real treat for the viewers.