The Moroccan Canadian actress Nora Fatehi, who is currently rising high for the success of her item song Dilbar Dilbar from Satyamev Jayate, joins Salman Khan’s Bharat as a Latino gal from Malta.

Her career graph is soaring higher and higher and we just couldn’t stop praising her deadly belly dancing moves. 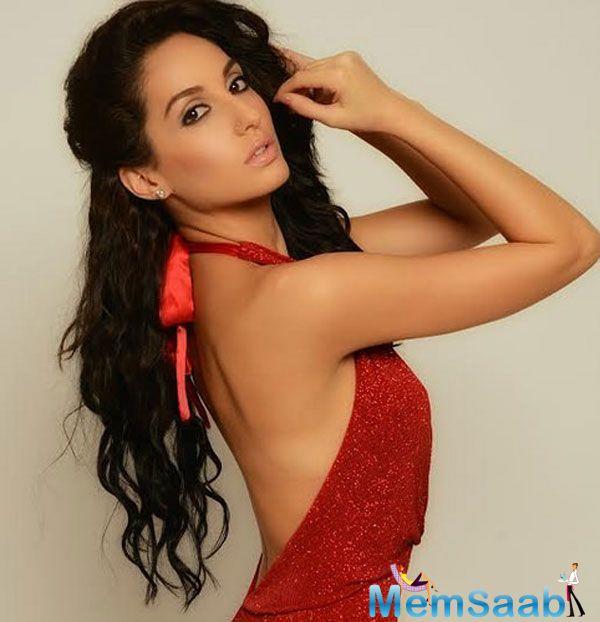 In This Image: Nora Fatehi
According to a source, Nora Fatehi has bagged an item song in Salman Khan’s Bharat. Now, Mumbai Mirror has reported that Nora has a part in the film. It is of a Latino gal from Malta. In a statement to the tabloid, filmmaker Ali Abbas Zafar said, “Nora has a special character and contrary to speculation, it’s not an item number. Her role is important to the story and will see her share screen space with Salman and Sunil’s characters. She will be seen in the mid-’80s portion of the film.”

The film spans across five decades and is a remake of the Korean classic Ode to My Father, which had Hwang Jung-Min and Yujin Kim in lead roles. 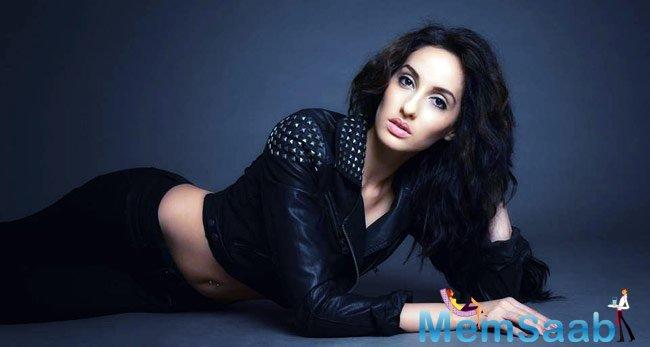 In This Image: Nora Fatehi
While Priyanka Chopra is the leading lady opposite Salman, actress Disha Patani also has the role of a trapeze dancer. She has begun shooting for the film already.

The starlet is understandably over the moon. She cannot wait to show off her acting prowess in the film. In a statement, Nora said, “Excited to be a part of a project of this magnitude. It’s a dream come true! 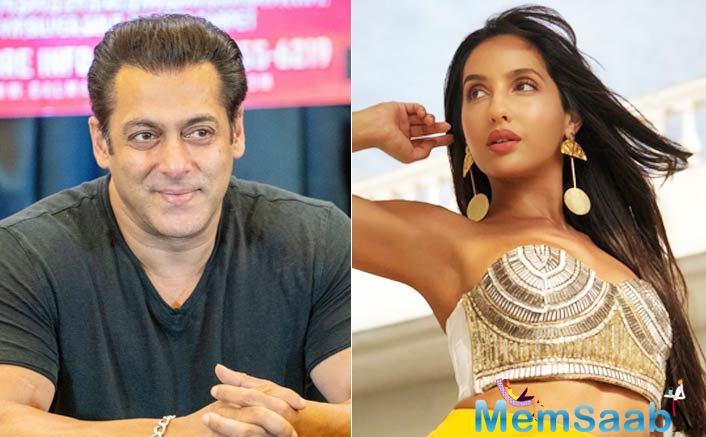 In This Image: Nora Fatehi, Salman Khan
The team is impeccable and the combination of Ali Sir and Salman Sir is the perfect combination. For me these were reasons good enough to willingly come on board. Looking forward to beginning shooting soon.” The film also has Sunil Grover and Tabu in pivotal roles. Nora has done films like Roar Tiger of the Sunderbans and My Birthday Song as an actress. Down south, she has done special dance numbers the most famous one being Manohari from Baahubali.

Of late, she has been in the news for Satyamev Jayate and her sharp reply about her rumoured ex-boyfriend Angad Bedi. 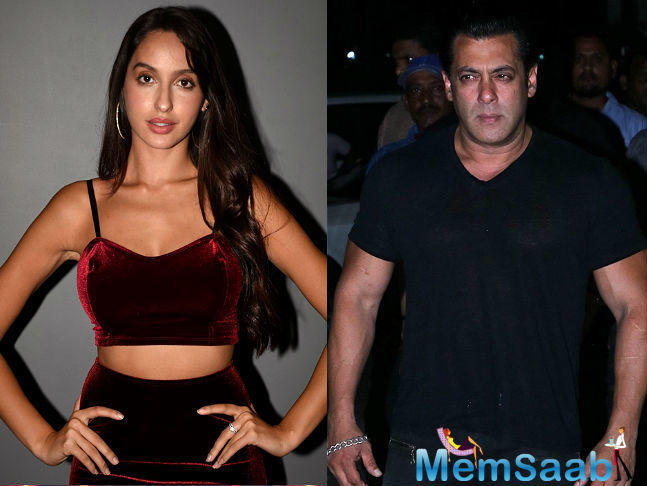 In This Image: Nora Fatehi, Salman Khan
She said that she does not know him. On the professional front, it seems like Nora has lots to cheer for right now. She is also hosting MTV’s Dating in the Dark. Stay tuned to BL for more scoops and updates!