Nora Fatehi, after sizzling in Dilbar, to groove With Rajkummar...

Actress and dancing sensation Nora Fatehi is one of the most trending names on social media platforms for her dance videos.

In This Image: Nora Fatehi, Rajkummar Rao
Nora is now all set to sizzle on screen with her next special song from the upcoming film Stree. It’s a horror comedy flick starring Rajkummar Rao, Shraddha Kapoor and Pankaj Tripathi.

Her current video Dilbar has been rocking the charts since it released. The self learnt dancer is a force to reckon with especially with those moves. 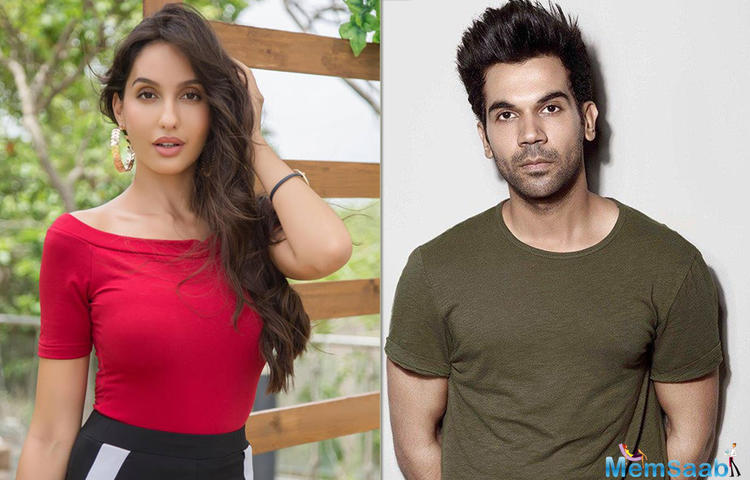 In This Image: Nora Fatehi, Rajkummar Rao
Nora was recently in Bhopal to shoot the song which also features the lead actor of the film, Rajkummar Rao in it. The duo has already shot for it and the song is said to be rather quirky with regards to their attire. Rajkummar, who himself is a good dancer, will be seeing matching steps with Nora. The song is a fun number which comes at an important intersection of the film.