Nick Jonas dancing to Bollywood tunes is winning the hearts...

by Naved Qureshi 1 year ago1 year ago
15views
0

Nick Jonas is crazy about Bollywood music and his constant love for peppy songs has been evident enough through social media. Courtesy: Parineeti Chopra and Priyanka Chopra Jonas’ Instagram account.

Parineeti, who was last seen in Jabariya Jodi, opposite Sidharth Malhotra, shared a new post which shows ‘Nick Jiju’ dancing his heart out on the song Khadke Glassy from the same film. 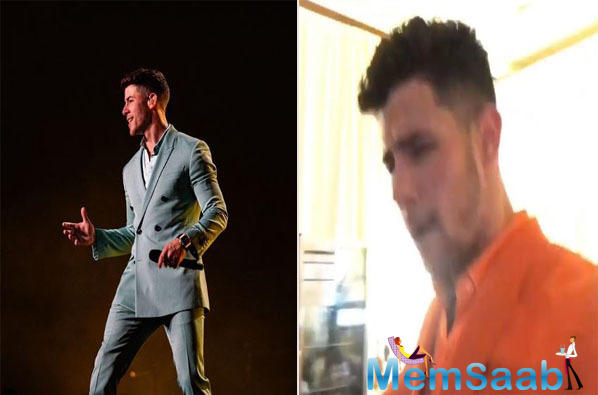 In This Image: Nick Jonas
The caption read: “When Nickster does it better than Sid and I did in our film @nickjonas @sidmalhotra #KhadkeGlassy.” Nick Jonas seems extremely energetic grooving to the beats of a Punjabi song. Donned a casual orange coloured suit, Nick’s headbanging act has taken the internet by storm.

While the Hollywood star is totally killing it with his energetic dance moves; his wife Priyanka Chopra also seems to be loving his Bollywood steps. She commented “Amazing! Haha” on her sister’s social media post. 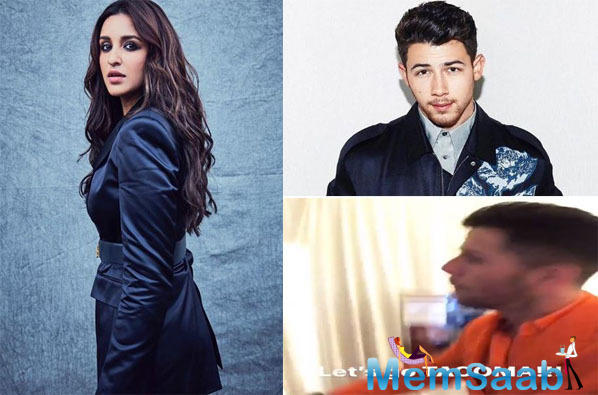 In This Image: Nick Jonas, Parineeti Chopra
Speaking of Nick Jonas’ professional commitments, the American pop singer is currently busy winning hearts with Happiness Begins tour with his two brothers Joe, and Kevin. On the other hand, Parineeti has recently wrapped up shooting for Hindi remake of the Hollywood movie, The Girl On The Train.