Neighbour’s Joy! Vicky Kaushal shares a glimpse of his new...

Vicky Kaushal had been eyeing his neighbour for a while, hoping he could meet her. Over the weekend, the actor finally got a chance. He shared a glimpse of his new love, Bella, who seems to have taken an instant liking to him. Looks like the beagle will be spending more time at his home.

On the professional front, Vicky Kaushal was last seen in Bhanu Pratap Singh’s Bhoot Part One: The Haunted Ship. 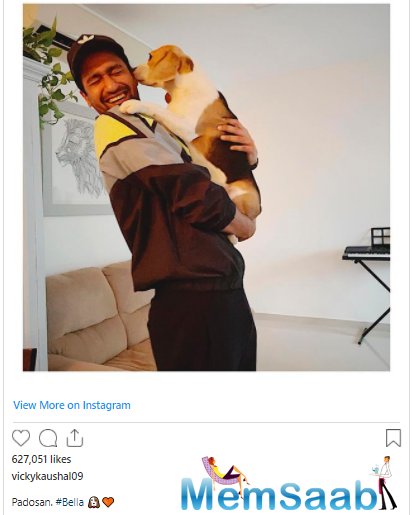 In This Image: Vicky Kaushal
The actor is all set to play a titular role in Shoojit Sircar’s Sardar Udham Singh. in an interview with mid-day, a source revealed that Vicky Kaushal will also be a part of Aditya Dhar’s Immortal Ashwatthama.

Vicky Kaushal is also a part of Yash Raj Film’s comic caper, opposite Manushi Chillar. Well, it seems like Vicky has a busy 2021. 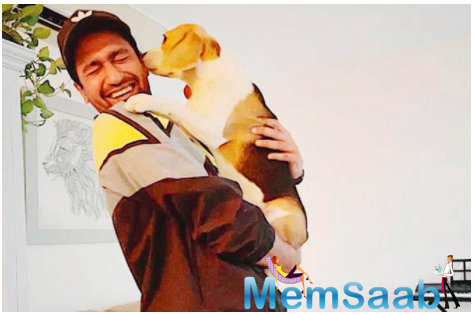 In This Image: Vicky Kaushal
Speaking about the same, the source was quoted saying, “The makers feel that Sara fits the bill. They are excited as Vicky and Sara will be a novel on-screen pairing. However, she has yet to sign on the dotted line. The shoot of Aanand L Rai’s Atrangi Re, which sees her team up with Akshay Kumar and Dhanush, was delayed due to the pandemic. So, Sara has to work out her dates for The Immortal Ashwatthama such that she can honour her pending commitments.”