Neetu Kapoor hints at Rishi Kapoor coming back to India...

A while back, Rishi Kapoor tweeted he is flying to the US for some medical treatment and even urged people not to speculate unnecessarily. 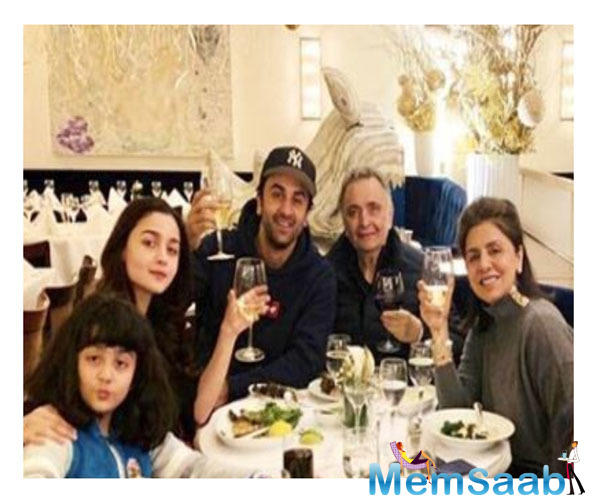 In This Image: Neetu Kapoor, Rishi Kapoor, Ranbir Kapoor, Alia Bhatt
Rishi’s absence from the funeral of his mother Krishna Raj Kapoor created a stir and soon after there were speculations that the actor has been suffering from Cancer. But brother Randhir Kapoor had dismissed the reports and mentioned that he is yet to undergo the tests. Fans have been missing Rishi Kapoor back in India. Neetu Kapoor took to Instagram to share a picture with Rishi Kapoor and few family members and hinted at them coming back soon. She captioned the photo, “One of the Quintet leaves !! Will miss you @rimosky will soon be on the same flight back.”

Fans were upset after seeing Rishi Kapoor’s grey hair and it caused a stir on social media. Rishi took to the social media to reveal that the hair is actually for a role in an untitled film. 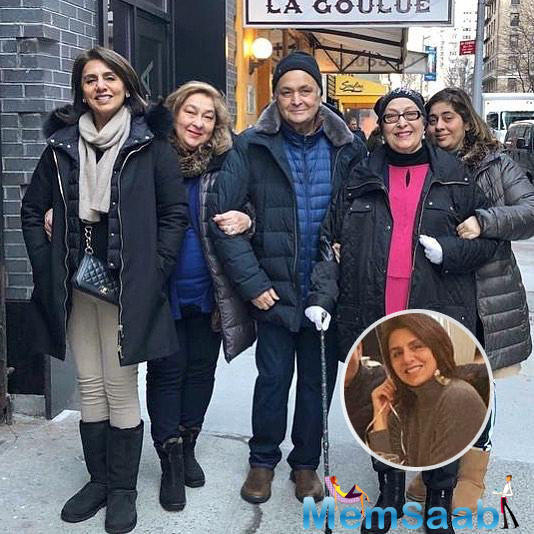 In This Image: Neetu Kapoor, Rishi Kapoor
He wrote, “This is to dispel all notions and wrong speculations of my hair turning grey/white overnight. My hair was dyed by Awan Contractor for a film produced by Honey Trehan and Sony pictures directed by Hitesh Bhatia. The film is untitled. Trust this clears the air.”

On the work front, Rishi was last seen in Mulk and Rajma Chawal. 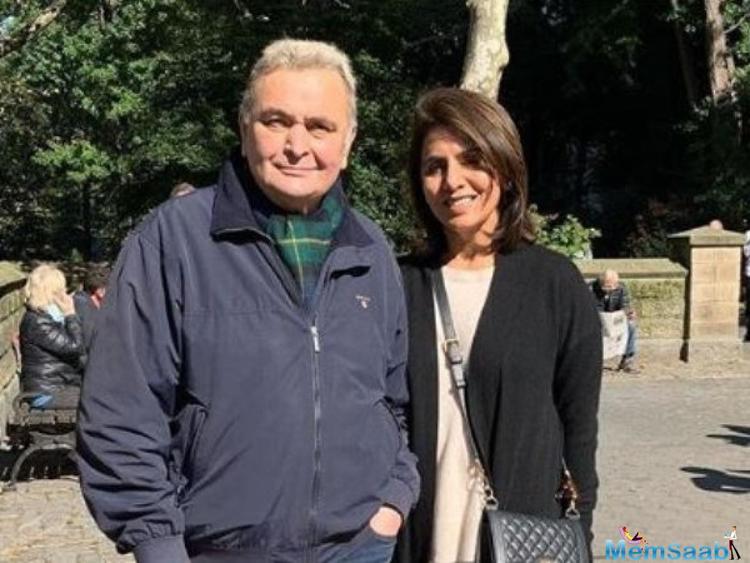 In This Image: Neetu Kapoor, Rishi Kapoor
He will next be seen with Juhi Chawla, who has also been put on hold indefinitely till the actor returns after his treatment.